The escalating US-China trade war remained front and center of market movements last week. Early in the week, a market frenzy shook investor risk appetite, after US President Donald Trump threatened to impose an additional 10% in tariffs on the remaining $300bn of imported Chinese goods. The news catalyzed record-level yuan depreciation, which then led to the US formally accusing China of currency manipulation.

Trade tension persisted in the following days, with the week ending on a low note, as Goldman Sachs revised its US growth forecast. In a Sunday desk note, Goldman economists announced that they do not anticipate the pair cutting a deal before the 2020 presidential elections. They expect Trump will make good on threats to implement tariffs and lowered their domestic growth forecast to 1.8%.

As a result, a sell-off of risk assets continued, as investors dumped stocks and sought safe haven in bonds and gold. Still, PE firm Blackstone said in a note that while credit and equity might underperform, a recession is unlikely before 2021. According to a BlackRock note, there’s now a “tactical opportunity to earn a pickup in spread,” given the widening high-yield spreads in global debt and the ongoing volatility.

Amid the current climate, investors can buy Chinese paper on the cheap, with UBS saying it’s “probably the best asset now among global government bonds,” and noting that it makes sense for investors to buy Chinese debt since hedging costs are low relative to the returns. BNP Paribas expects China to receive $300bn in inflows to its onshore bond market by 2022, according to Bloomberg. 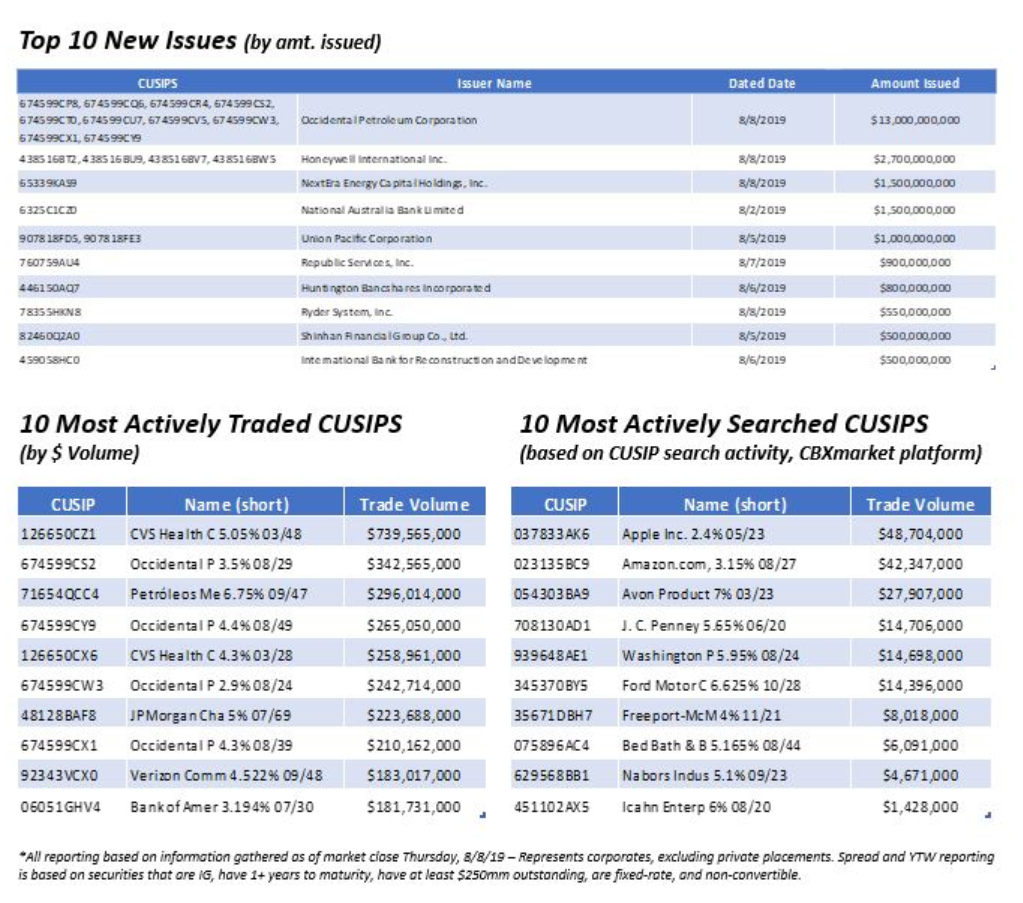 Geopolitical turmoil has also contributed to market turbulence and compounded the impact on risk assets. Ongoing protests in Hong Kong led to the government shutting down the airport on Monday, and airlines suffered as a result: Cathay Pacific shares fell to a 10-year low.

Analysts view the results as a signal that the austere measures and business-friendly environment of the Macri administration could be coming to an end. In the aftermath of the election, the ARS crashed 30% on Monday, and the Argentine central bank used $50m of its own reserves to offset the blow.

As the trade war and EM political unrest weigh on investor risk appetites, high-quality corporates will continue to see demand. However, with yields at record lows, long-dated paper with 10- and 30-year maturities will likely see their curves driven steeper, according to a Barclays note. The rally in Treasuries will perpetuate the low yields and flat curves, creating an “attractive opportunity” for corporates to roll out upcoming maturities. 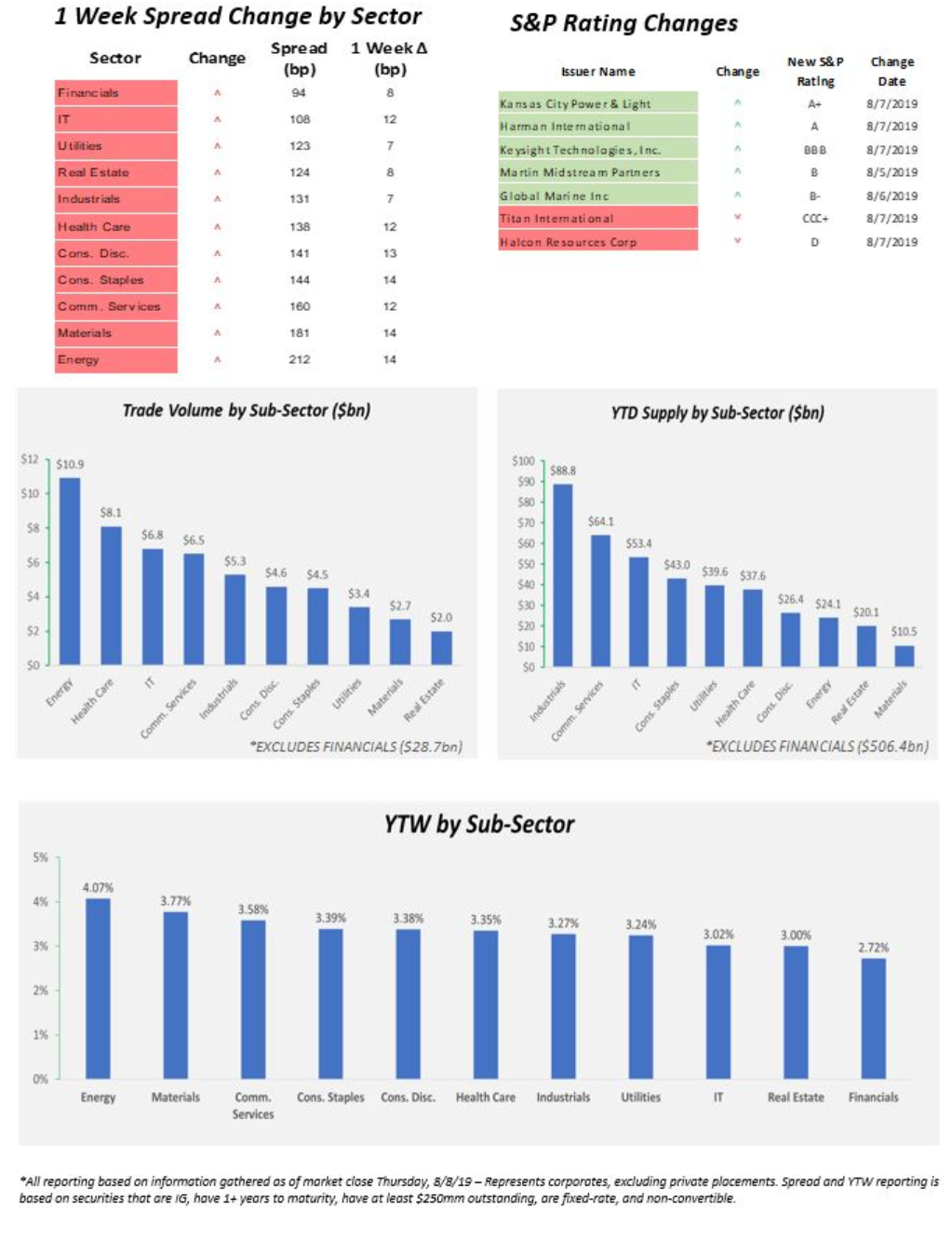