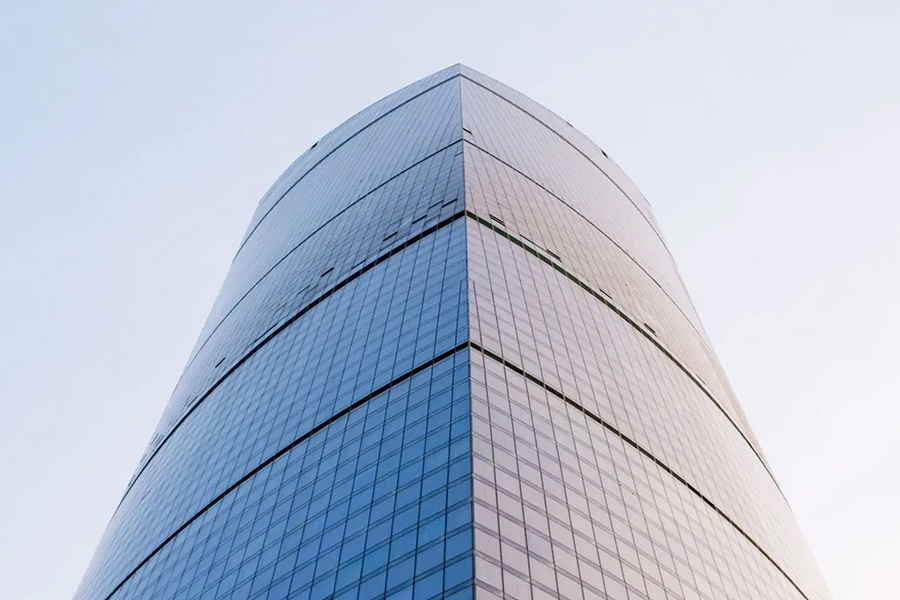 Following the Fed’s meeting on Wednesday where Chairman Jerome Powell announced a 25bp interest rate cut, domestic stocks suffered their steepest decline since December 2018, while government bonds strengthened. Yields on Treasuries fell even lower on Thursday, when US President Donald Trump fanned the flames of trade tensions and said he would impose 10% tariffs on an additional $300bn of Chinese goods by September 1, 2019.

China threatened to respond in kind, and in the aftermath, the 10-year Treasury yield hit its lowest level since 2016, falling to 1.83%, and Germany’s 10-year yield fell to a record low of 0.495%. Levying additional duties on Chinese goods would be a problem “because [tariffs] lead to slower global and domestic growth, which is why it’s being reflected in lower interest rates,” a Mizuho economist told Bloomberg, adding that the current climate is reminiscent of the “stagflation” seen in the late 1970s.

By escalating trade tensions, Trump could be purposefully creating a “major economic headwind for months to come” in order to force the Fed into additional rate cuts, said an AFG Investments analyst. The Fed announcement “hammered” inflation expectations and disappointed investors, as Wall Street had hoped Powell would take a more dovish Fed stance and signal a long cycle of aggressive easing.

ING economists predict another 25bp cut could occur in September if trade woes and global economic weakness persist, while Goldman Sachs has indicated a 90% chance of at least one more rate cut during 2H19. According to a Bloomberg roundup of market views, Deutsch analysts expect a total of 75bp cut for the year, with increased risks that tariffs will be especially impactful for tech giants. Morgan Stanley expects Trump’s threats to become a reality and forecasts a US recession if the trade war escalates and Trump increases tariffs to 25% for a period of four to six months. Still, AFG and Raymond James maintain that Trump will try to cut a deal with China in the coming months in order to benefit his pre-election scenario. 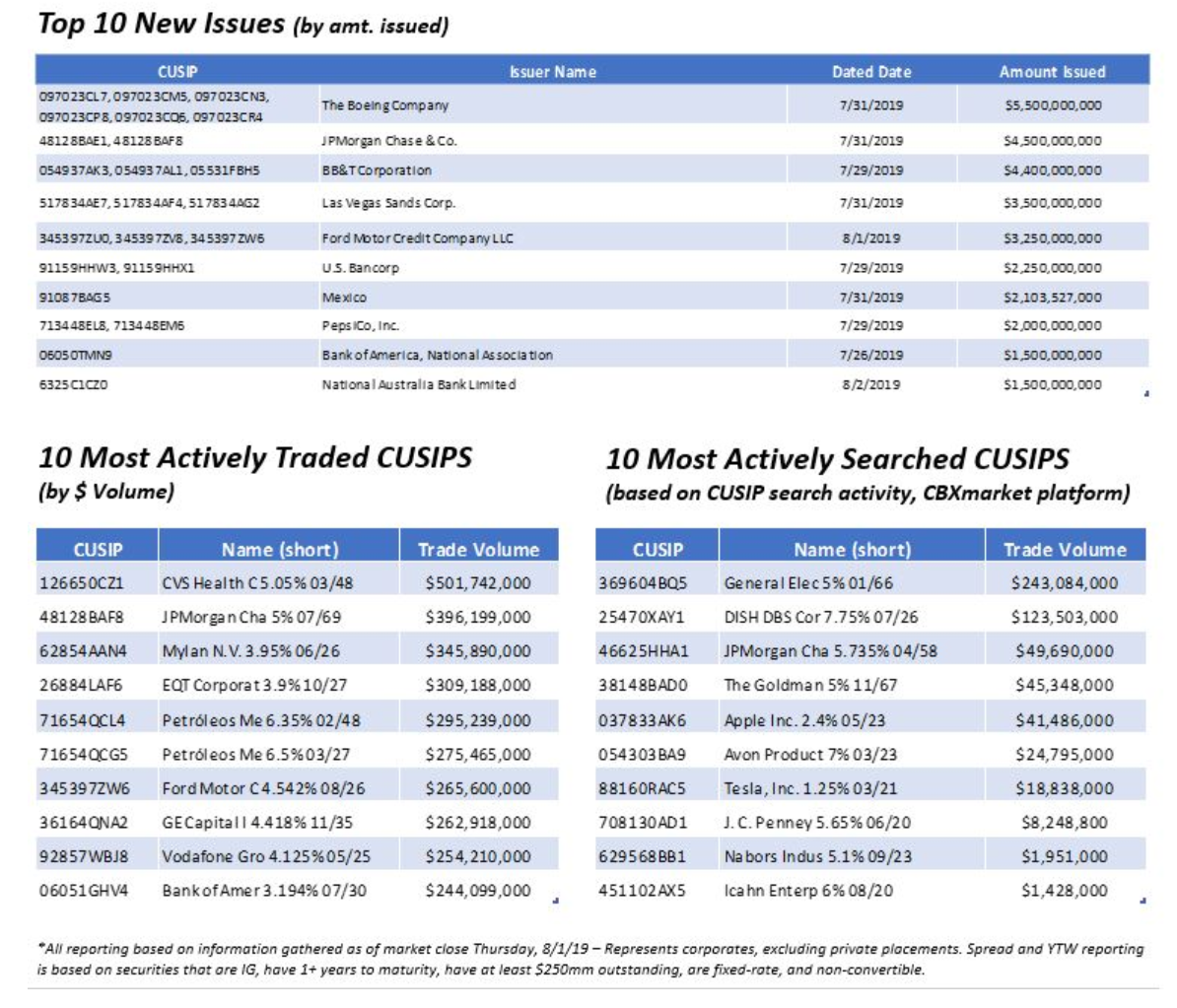 As the trade war heats up, investors are closely monitoring consumer resilience,  according to Bloomberg. A new round of tariffs will likely hit the sectors that pass costs to consumers and could prove “unpopular politically.” Evercore analysts added that it would also rock corporate confidence, although higher volatility and wider spreads could actually “contribute to a better quarter.”

Escalating trade tensions have also sent a shockwave through emerging markets, with a UOB Asset Management Ltd fund manager saying the trade climate is not conducive to buying bonds that are “most sensitive to market swings.” Morgan Stanley has also taken a “gloomier” stance on EM debt with a bearish view on EM Eurobonds and currencies.

Should global conditions deteriorate, banks will likely outperform industrials, according to Barclays. However, that might not be the case for Chinese lenders—valuations of the country’s “big four” state banks, which control upwards of $14tn in assets, fell to record lows amid investor concern that they will be forced to bail out China’s smaller, regional lenders.

While US high-yield bonds have been rallying, the energy sector is lagging, said Barclays. Still, energy was the most highly traded subsector last week, according to CBXmarket data, and bonds from Mexican oil giant PEMEX continued to be among the most actively exchanged paper. Energy remains at the forefront for the week ahead, as investors anticipate a $11-$13bn issuance from Occidental Petroleum Corp to fund the purchase of Anadarko Petroleum Corp.

In the week ahead, more than $160bn in government auctions are slated to come to market, including $27bn and $19bn in 10- and 30-year notes, respectively. 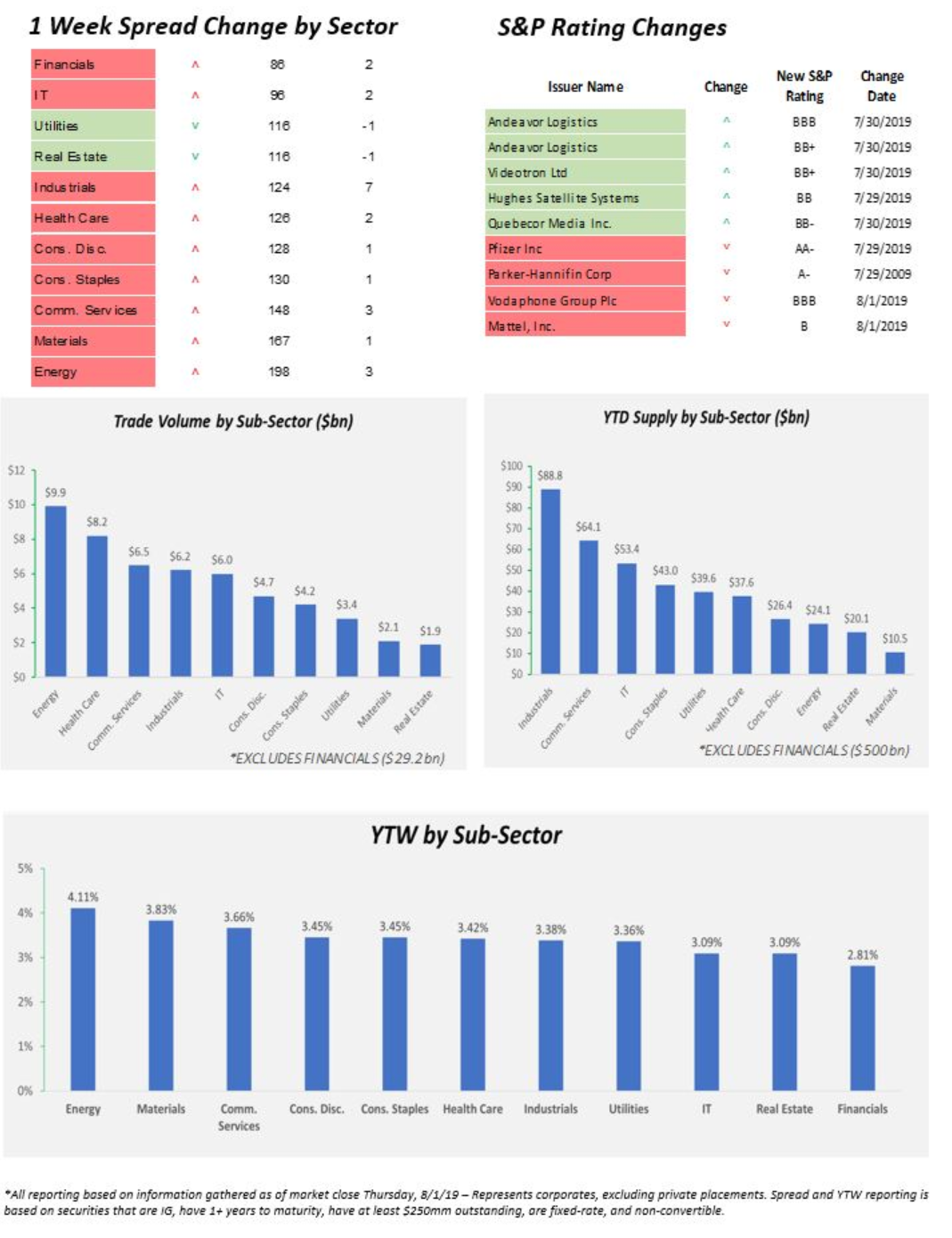 The Fixed Income Brief: Inching Closer to Clarity Ahead of Fed and Central Bank Meetings

The Fixed Income Brief: Back to School as Fed Takes Lessons From Past Mistakes

The Fixed Income Brief: Markets Put the Fed on the Clock

The Fixed Income Brief: Inching Closer to Clarity Ahead of Fed and Central Bank Meetings

The Fixed Income Brief: Back to School as Fed Takes Lessons From Past Mistakes

The Fixed Income Brief: Markets Put the Fed on the Clock
We use cookies on our website to give you the most relevant experience by remembering your preferences and repeat visits. By clicking “Accept”, you consent to the use of ALL the cookies.
Cookie settingsACCEPT
Manage consent