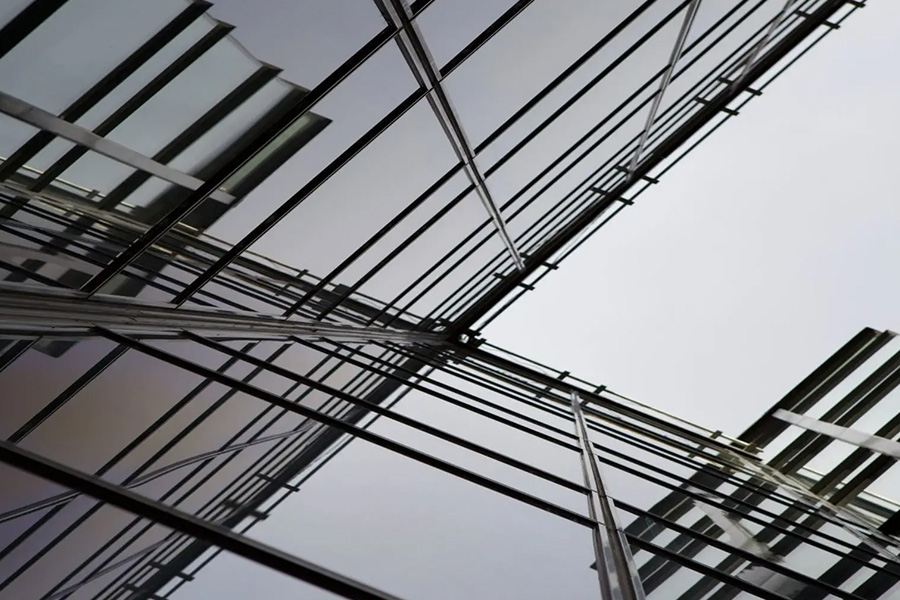 The release of global economic data—particularly figures from the US and China—was a focal point for the market last week, while investor speculation revved up ahead of this week’s Fed meeting and the reopening of trade talks.

US trade delegates will meet in Shanghai to resume negotiations on Tuesday. Analysts say the likelihood of striking a deal is low, especially given news that US President Donald Trump sent a memo to US Trade Rep Robert Lighthizer, urging the official to pressure the World Trade Organization into declassifying certain countries—namely China—from their status as developing economies.

China released weak economic data, as growth continues to slow to lows of 6%, indicating that the trade war is taking its toll, according to Reuters. The economic giant also announced plans to overhaul its interest rate system and loosen state control, leading economists to caution the People’s Bank of China against following the Fed’s “aggressive path.”

In the US, economic expansion—despite being forecast to continue steadily over the short-term—is slated to grow at its slowest pace since President Trump took office. Bloomberg indicated that global weakness and Trump’s tariffs are “eating away at contributions from business investment,” which could adversely impact manufacturing and service providers. Still, consumer sentiment is at highs and retail sales are climbing for the longest streak since early 2018.

Domestic policy concerns were somewhat assuaged last week, with legislators agreeing to a two-year extension of the debt ceiling through July 2021, diminishing the likelihood of a shutdown or possible default once Congress resumes in September. The deal allows for an increase of discretionary spending by $324bn over the current cap.

However, Congress isn’t out of the woods yet—legislators will still need to pass additional spending bills by October to fund the government in the new fiscal year. 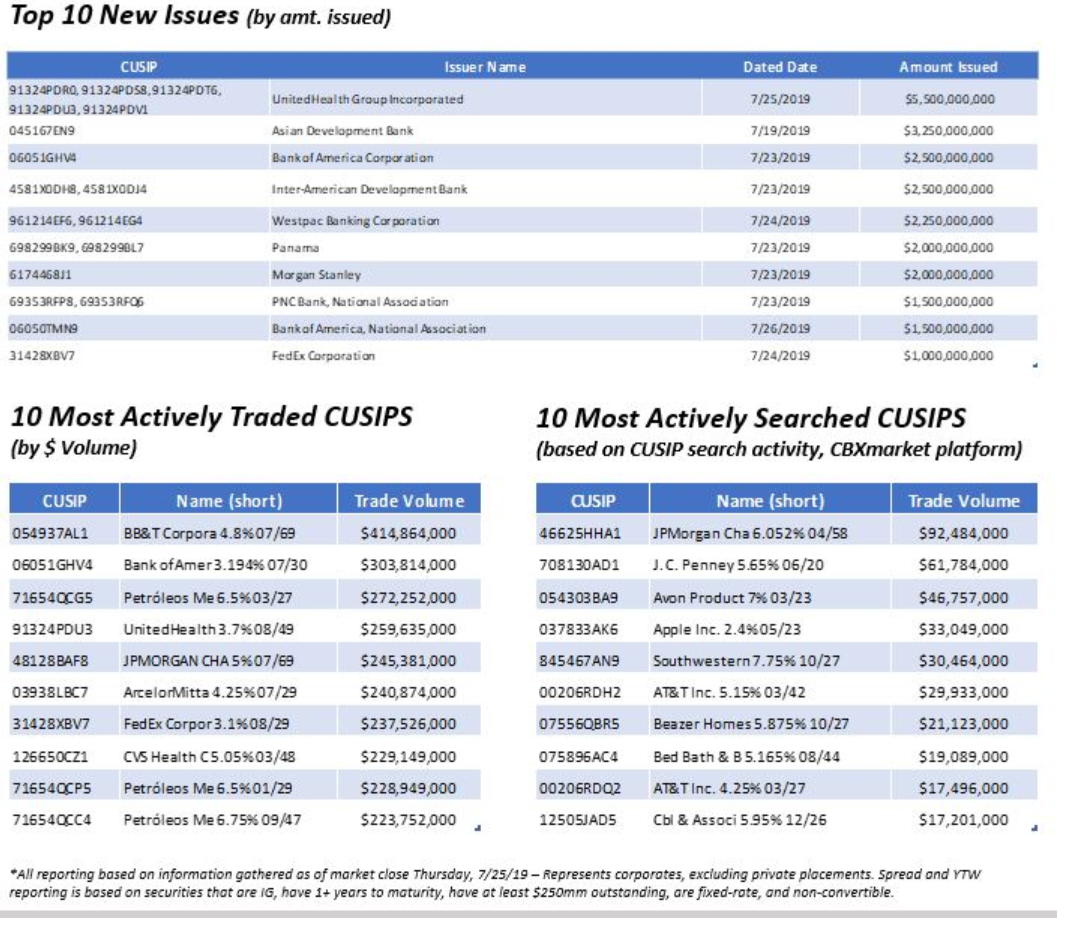 Bonds from US corporates UnitedHealth Group, Bank of America and FedEx were among the Top 10 New Issues by deal size, and the trio’s longer-dated paper, ranging from 10 to 20 years, also snagged spots among the most actively traded CUSIPs by volume.

In the coming week, all eyes will be on the Fed ahead of its policy meeting, when the agency will likely cut rates for the first time in a decade. Though a quarter-point cut has already been fully priced in, President Trump continues to urge the agency towards higher rate cuts. He tweeted at the start of the week that small cuts will be insufficient and that the agency “has made all of the wrong moves.”

Internationally, European Central Bank President Mario Draghi said that despite underperforming, he does not expect the EU area to enter a recession. Yields on government paper from European countries continued to fall to record lows last week, as investors had already purchased government debt in anticipation of EBC easing, according to Bloomberg.

Elsewhere in Europe, Boris Johnson starts his first full week as the UK’s prime minister, with the lingering question of whether a no-deal Brexit will take place at the center of conversation. 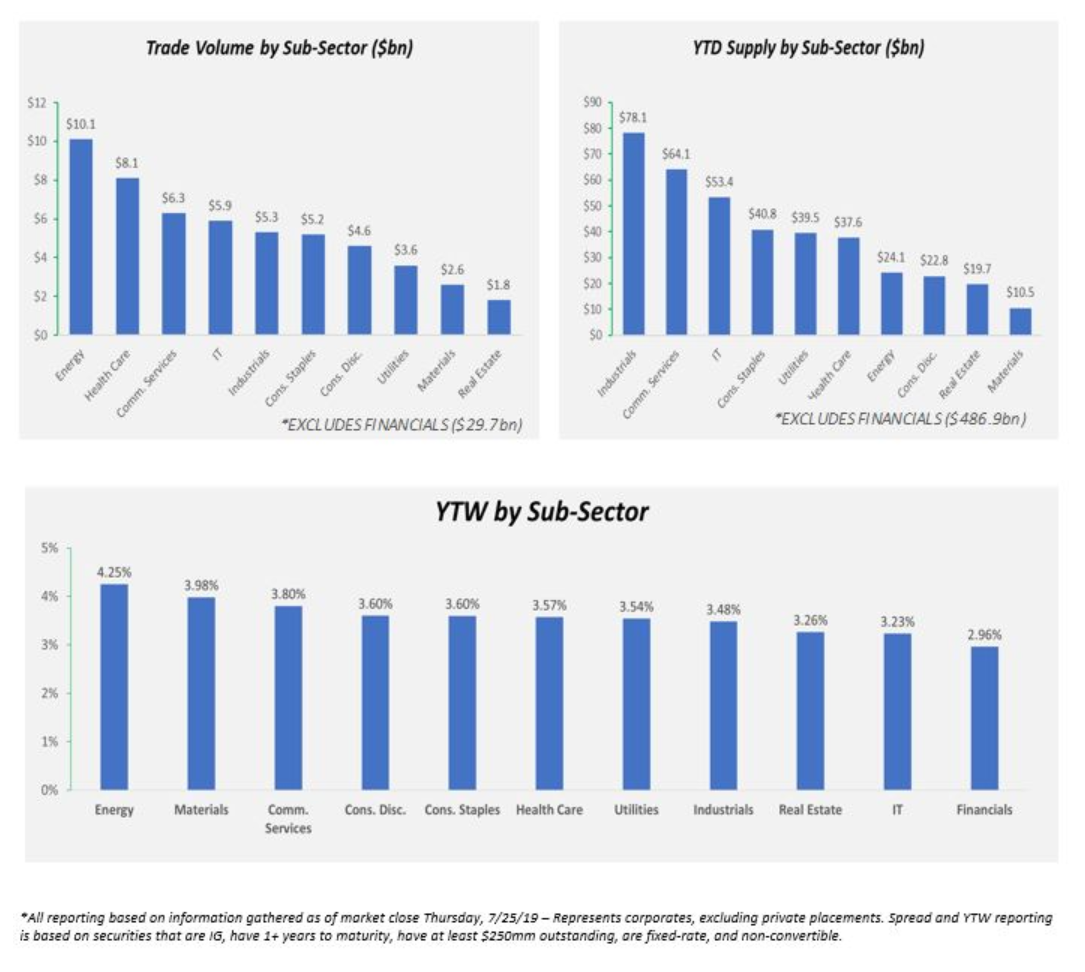