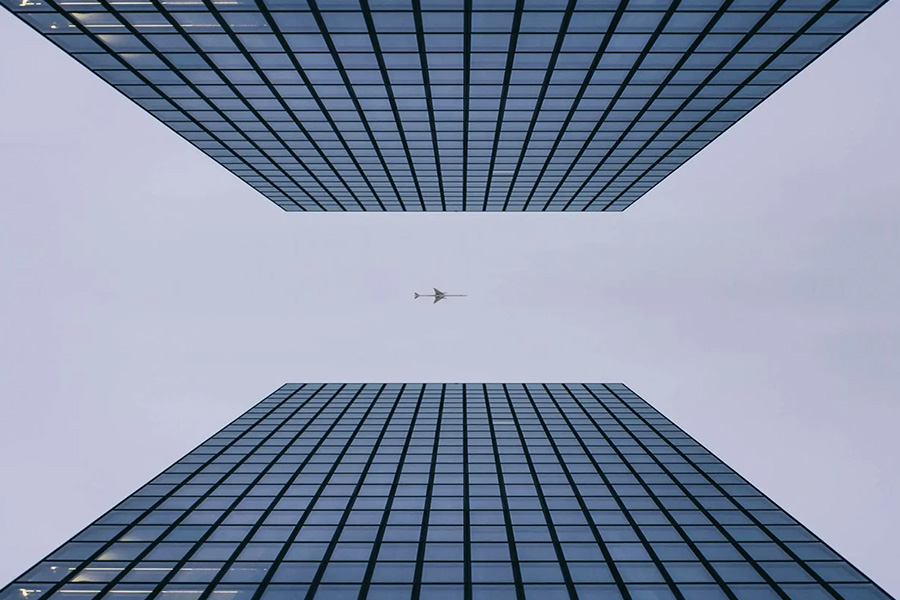 As IMTC data shows, Petroleos Mexicanos (PEMEX), the Mexican state-owned oil company, had six of the week’s 10 most actively traded CUSIPS by volume, with more than $1.7bn exchanging hands.

On Wednesday, the energy giant laid out its five-year business plan online, detailing plans to invest $7.4bn in the company, with half the funds being put towards President Andres Manual Lopez Obrador (AMLO)’s “pet project”—a new refinery in the state of Tabasco. The announcement was met with a negative market reaction and a flurry of trading activity, with investors and ratings agencies cautioning against the plan and the MXN falling 1% against the USD. PEMEX has been grappling with managing its indebtedness after a rough start to the summer when Fitch downgraded the company’s bonds to junk status.

The plan would give PEMEX a $3.5bn capital injection in 2020 but would not grant additional drilling funding from the government after that year. On Thursday, the Mexican energy ministry said the refinery project will proceed despite the market reaction and the calls to redirect funding towards PEMEX’s existing refineries that are running below capacity given a lack of maintenance. 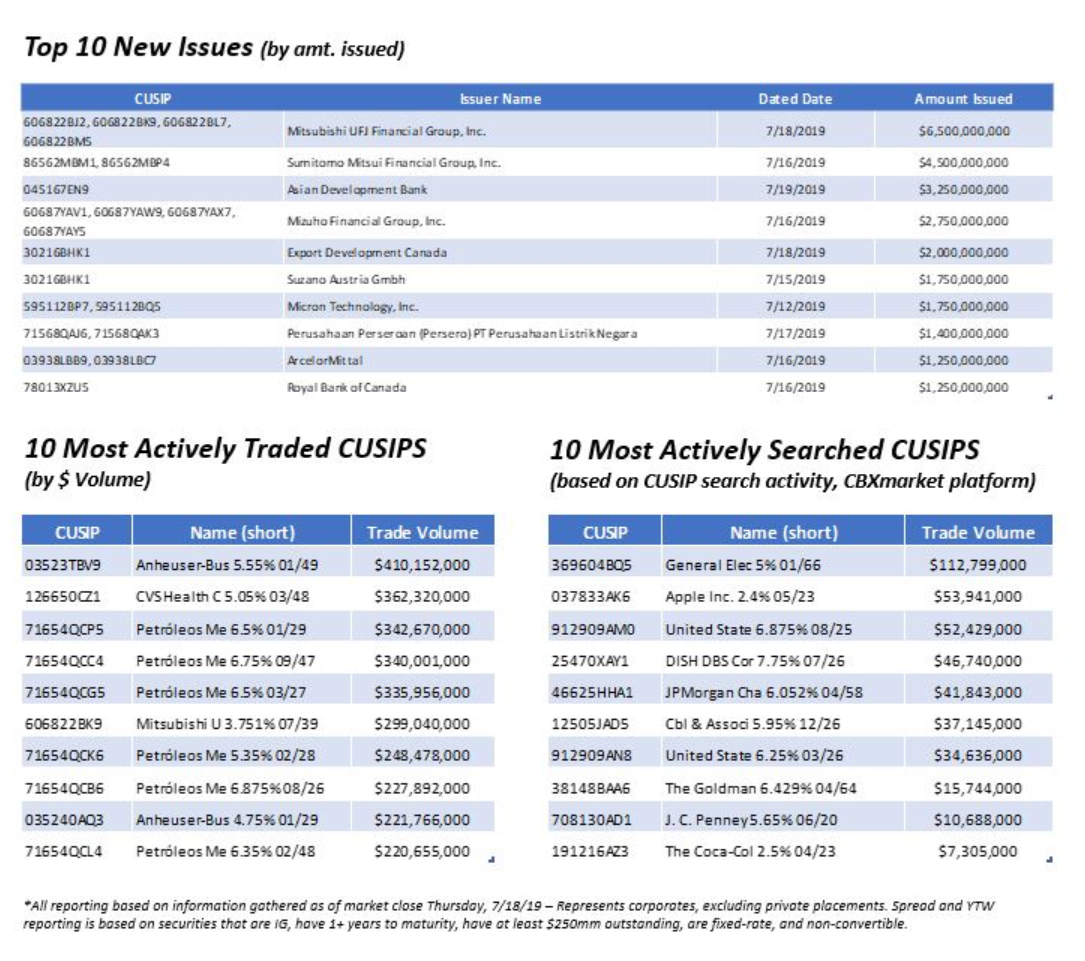 With US-China trade tensions finally starting to simmer, foreign investors have been increasing their investment in Asian bonds. Last week, trade officials from both countries had their second phone call since the G-20 Summit in Japan, and Chinese press indicated that US negotiators will head to Beijing for in-person meetings as early as next week.

As trade continues to be a focal point for the market, Chinese companies are applying for tariff exemptions, with Bloomberg reporting that China aims to generate goodwill by agreeing to increase its purchase of US farm products. Investors are also waiting to see to what extent restrictions on Huawei will be lifted. Beyond the Chinese tech giant, the market is “on edge” eyeing media and tech sectors ahead of another busy earnings week, bracing for a reported slowdown in demand and investment.

In the week ahead, investors are also monitoring US debt negotiations. Whether legislators agree to lift or suspend the debt ceiling will be key to 3Q19 market performance. Congress members are reportedly on the cusp of striking a deal before July 26, when Congress breaks until September. On Friday, House Speaker Nancy Pelosi rejected demands for $150bn in spending cuts; however, she and Treasury Secretary Steven Mnuchin are reportedly in talks to extend borrowing authority through July 2021.

The Fed is in a quiet period until its highly anticipated policy meeting July 31, when the market expects a 25bp interest rate cut to be announced. This sentiment was reinforced by dovish comments from senior Fed officials on Thursday, which stressed the need for the agency to act. Stock markets reacted positively to the remarks, and 10-year Treasuries ended the week at 2.05%. 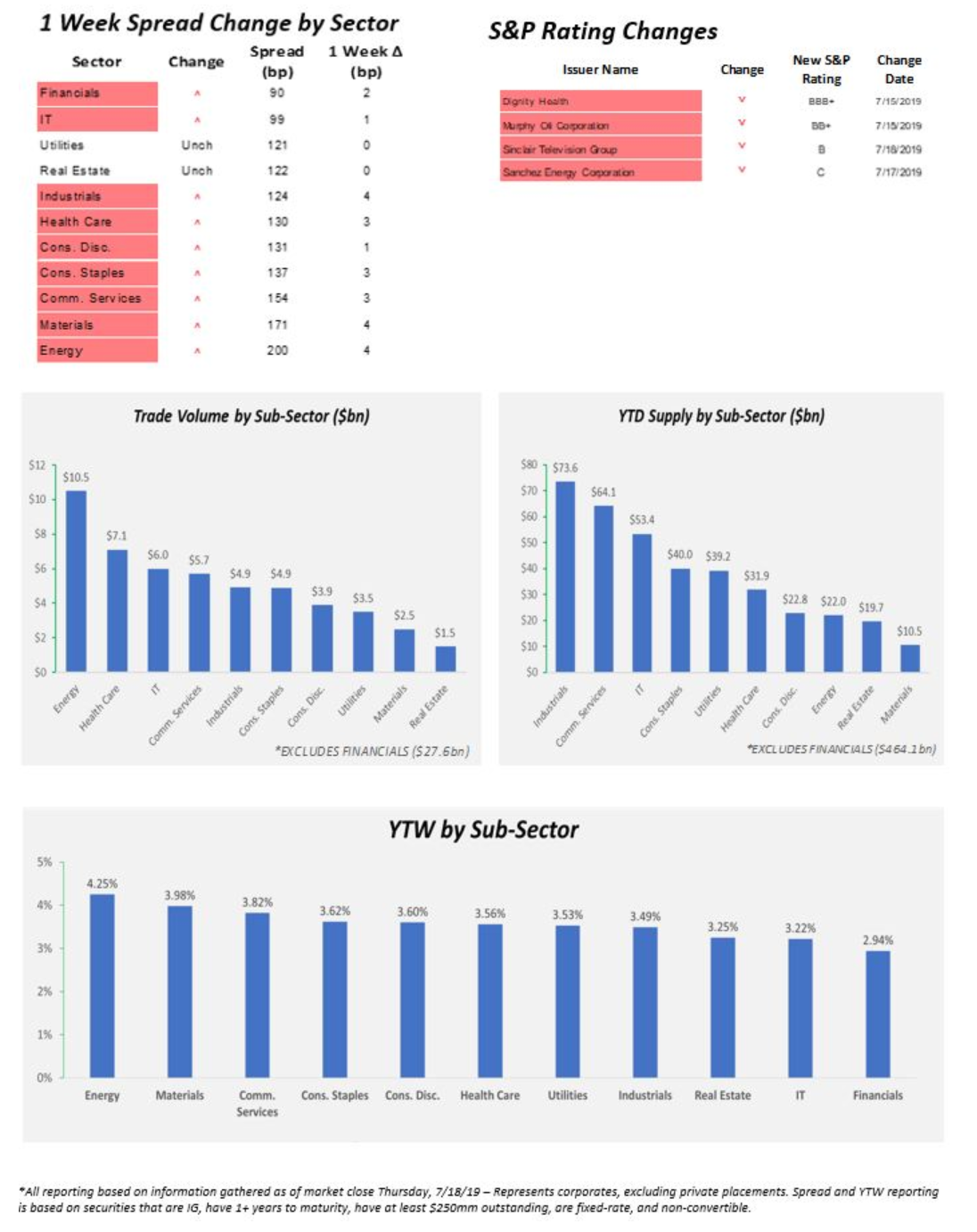