This week's Fed meetings and the restart of trade negotiations are front and center as investors eagerly wait to see whether the Trump administration can clinch a truce with China.

This week’s Fed meetings and the restart of trade negotiations are front and center as investors eagerly wait to see whether the Trump administration can clinch a truce with China. 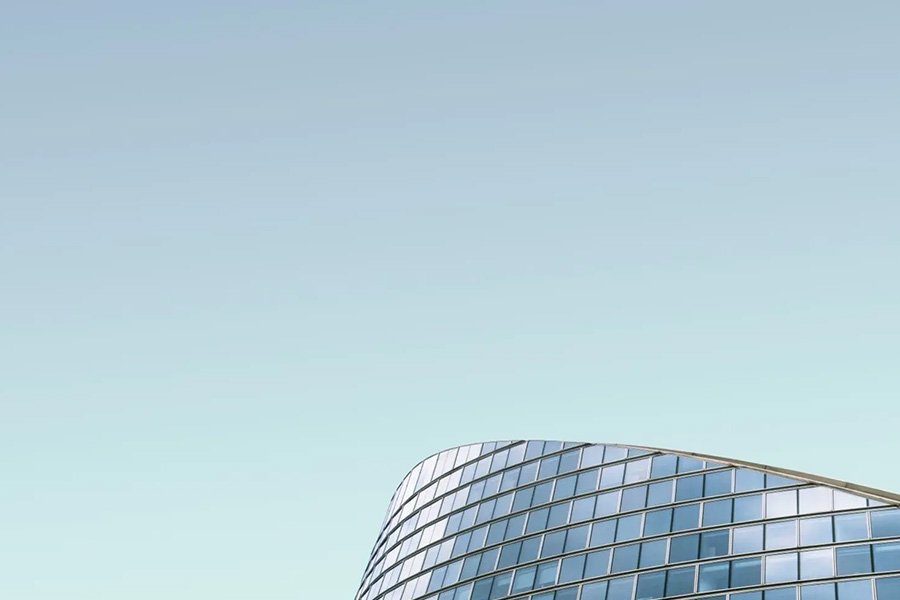 Last week, oil rebounded after having suffered its biggest weekly decline since July. The global economic outlook has reclaimed its spot as the main driver for price movement in the energy sector now that last month’s attacks on the Saudi oil industry have been “quickly forgotten” and the heavyweight has resumed production.

Overall, the sector was at the forefront of market activity last week, CBXmarket data shows. Noble Energy and NextEra Energy snagged spots in our Top 10 New Issues table, Forum Energy’s 2023s were among the most actively searched bonds, and Mexican oil giant PEMEX maintained its foothold on the weekly leaderboard for most actively traded CUSIPs by volume.

Other commodities like gold are “treading water,” as investors are holding off on revising precious metals positions until after this week’s hotly anticipated Fed meeting.

In other sectors, Diageo, the British producer of alcoholic beverages, sold new notes though its special purpose vehicle in a multi-tranche offering of 5- and 10-year notes, and American brewer Anheuser-Busch’s 30-year bonds were among the most actively traded CUSIPs for the week. Sovereign and quasi-sovereign issuers also sought financing in the cross-border market: South Africa sold $5bn and Canadian provinces British Columbia and Ontario each placed $1.25bn. 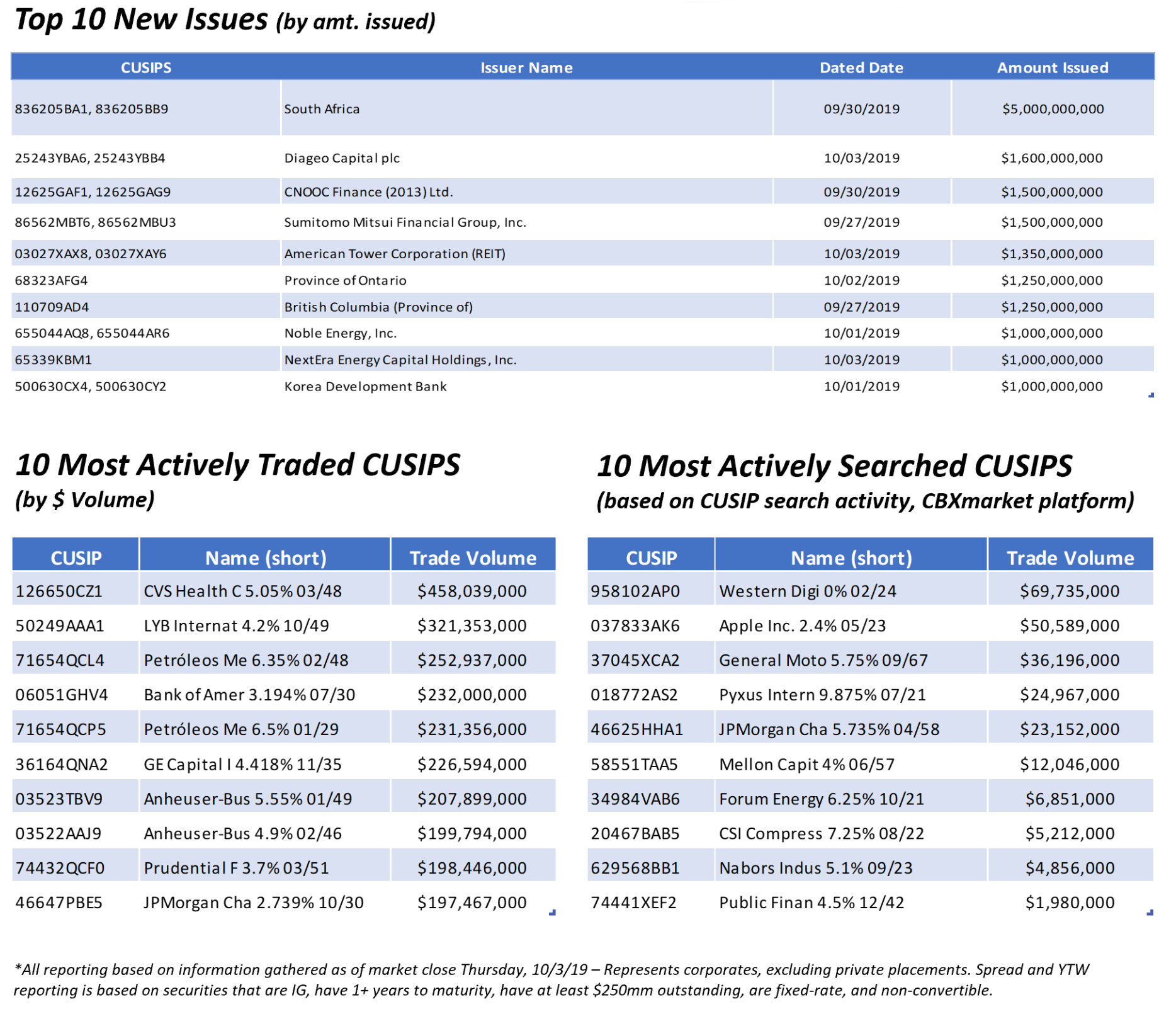 In the week ahead, US-China trade talks and Wednesday’s release of Fed minutes are in focus for the investment community.

Chinese Vice Premier Liu He will visit Washington to resume negotiations on Thursday. Meanwhile, White House adviser Larry Kudlow tried to assuage concerns about a plan to de-list or limit the investment of Chinese companies in the US; but even if the world’s two largest economies call truce and hammer out an agreement, a partial deal might not be a big enough win for the Trump administration, MUFG currency analyst Lee Hardman told the Wall Street Journal.

President Trump’s “impulsiveness and the scope for miscalculation when wielding untested policy tools like tariffs, export bans and capital flow restrictions” essentially guarantee economic downturns are still to come, even if they don’t elevate to recession status, according to a desk note by JP Morgan strategist John Normand.

Should a downturn indeed come to fruition, US equities could be in for a major shock. Domestic stocks have not priced in the possibility of a steep downturn, and the S&P 500 would likely fall at least 30%, according to Bloomberg. Other reports from the publication suggest that economic indicators are already “flashing warnings,” citing QMA Managing Director Ed Campbell as saying that the “crosscurrents” of escalating geopolitical risks and increased monetary easing continue to spur uncertainty.

Given the current outlook, investor forecasts have shown an increased likelihood of additional Fed rate cuts. Chairman Jerome Powell is slated to speak in Denver this week, and minutes from the agency’s rate-setting committee are scheduled for release on Wednesday. And that’s not all. On Thursday, a key inflation measure is also due for release. 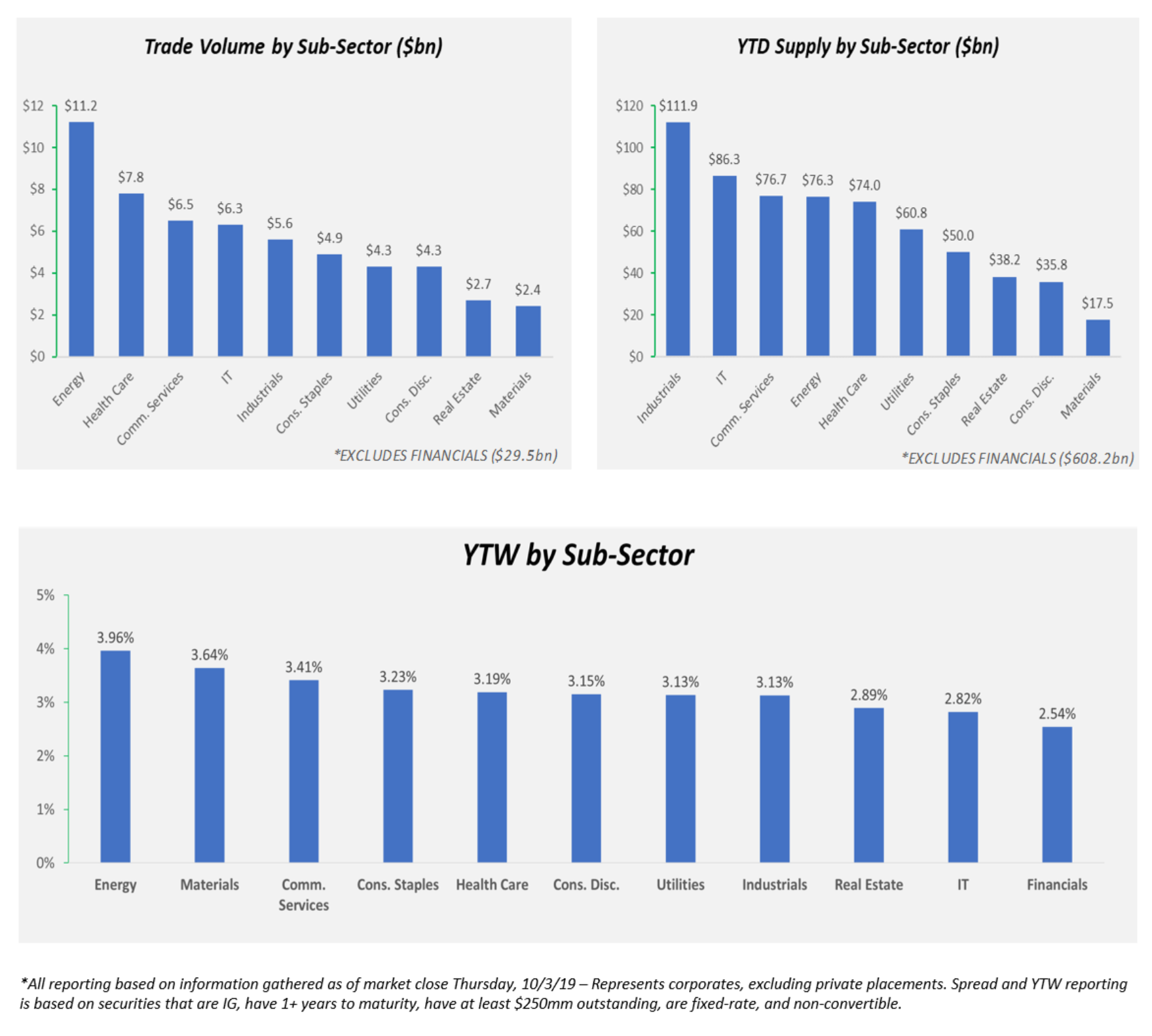