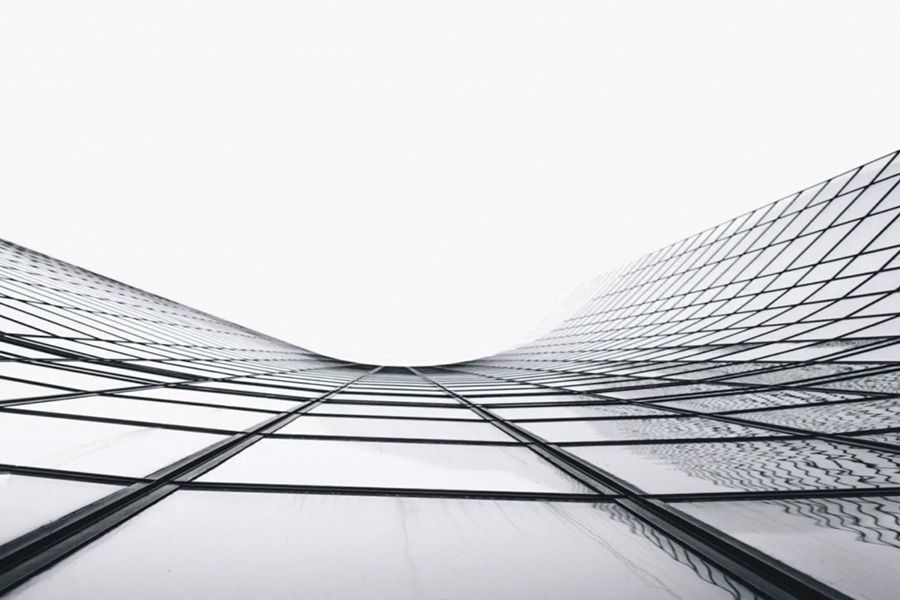 Uncertainty seems to be the financial markets’ defining quality this month. As geopolitical tensions continue ramping up, investors will be bracing for the impact of prolonged volatility. Brexit negotiations, the U.S. impeachment inquiry, the trade war, protests in Hong Kong and unrest in Syria and Turkey have converged to sustain a period of global turbulence.

The current climate will lead investors to prioritize safety over volatility, according to The Wall Street Journal, which noted that if the headlines surrounding Brexit negotiations are any indicator, the flight to safe haven assets will likely continue in the coming weeks.

On Saturday, the British government—with the support of opposition legislators—formally asked the E.U. to grant an extension to the October 31 Brexit deadline and allow parliament members to continue efforts to hash out a deal. Meanwhile, newly minted Prime Minister Boris Johnson sent letters asking the E.U. to deny the request.

While the British Parliament dealt with a standoff, across the pond, U.S. trade negotiators made headway in talks with China. Chinese Vice Premier Liu He said the world’s two largest economies made “substantial progress” in reaching an agreement that would enable both sides to avoid tariff hikes. U.S. delegates even indicated the possibility of scrapping plans to levy additional duties against China in December.

The duo plan to officially ink a deal at next month’s APEC Summit in Chile and put an end to the prolonged spat which has taken its toll on the Chinese economy. The IMF revised its short-term estimate for China’s growth rate, now forecasting 5.8% for 2020, compared to 6.1% predicted for 2019.

Despite the investment community’s optimism about a potential US-China trade deal, global risks persist. A volatility index that tracks geopolitical uncertainty reached its highest level on record since its inception in 1998—and, according to The Wall Street Journal, could indicate that the current climate of uncertainty surpasses that of global crises seen in recent decades, including terror attacks, the SARS pandemic, the Global Financial Crisis and the aftermath of the 2016 U.S. presidential election. 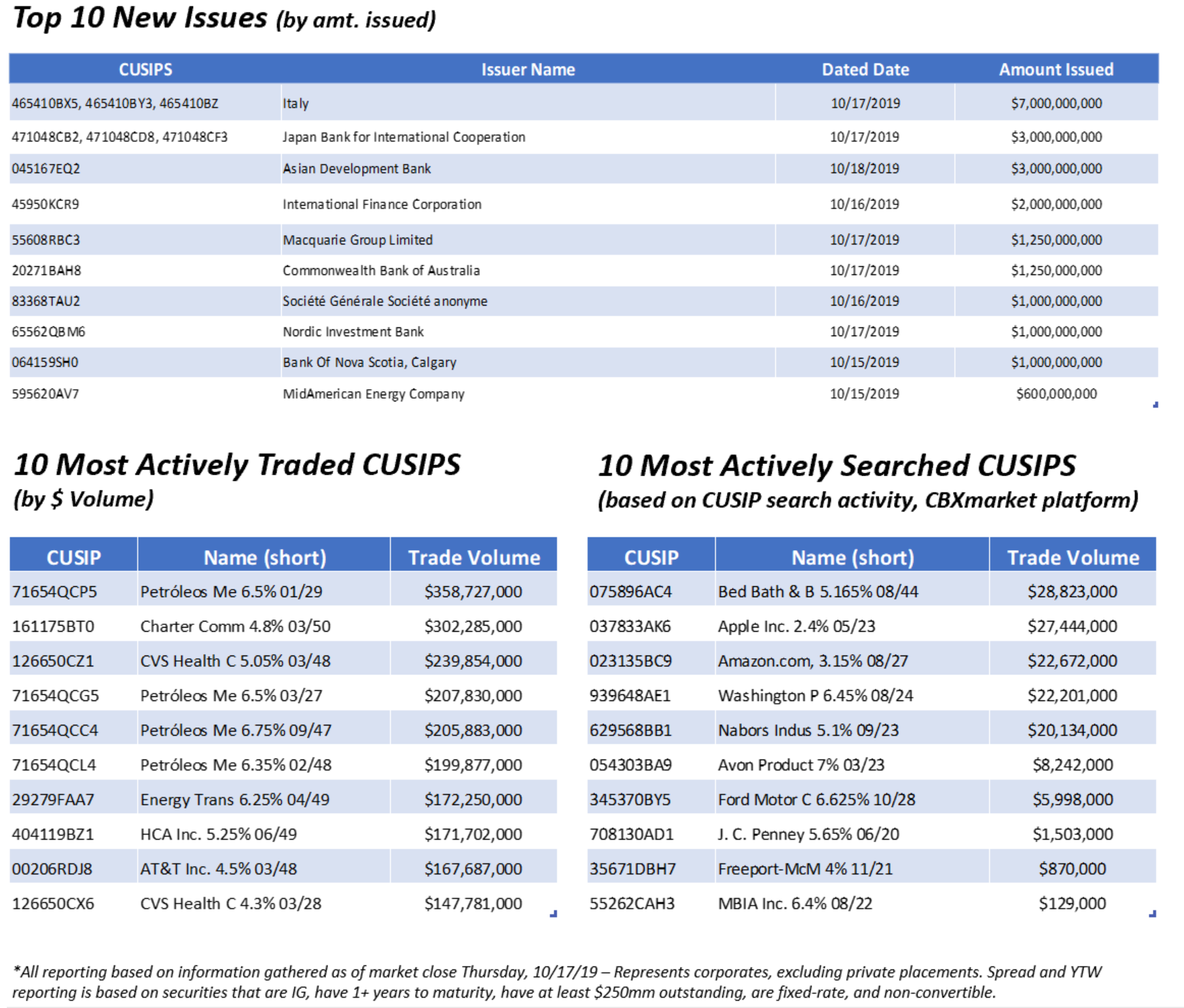 In the week ahead, earnings season will be in full swing as the investment community closely watches how major corporations withstand volatility. Despite the headwinds, domestic equities gained steam at the start of the week: the S&P 500 reached a one-month high, as tech giants like Amazon, Apple and Netflix and financial institutions Bank of America, Citi and J.P. Morgan Chase posted strong figures, according to Bloomberg and CNBC.

Meanwhile, the Dow has finally started to recover after taking a beating last week. The decline was largely attributed to Boeing, whose stock has been under pressure after a slew of bad press. The aircraft manufacturer has been fielding concerns about the safety—or lack thereof—of its 737 jet.

On the fixed income side, CBXmarket data shows that financial entities stole the show in terms of issuing new paper. The Japan Bank for International Cooperation, Asian Development Bank, International Finance Corporation, Commonwealth Bank of Australia, Nordic Investment Bank and the Bank of Nova Scotia, Calgary all tapped the cross-border market to place notes ranging from $1bn to $3bn in size.

Mexican oil giant PEMEX claimed spots on our most actively traded CUSIPs chart, with its longer-dated paper—specifically, 2027, 2047 and 2048 maturities—seen changing hands the most. On the whole, the energy sector continues to be under pressure, and Bloomberg writes that a “fragile economic outlook will continue to weigh on fuel demand” for the foreseeable future. 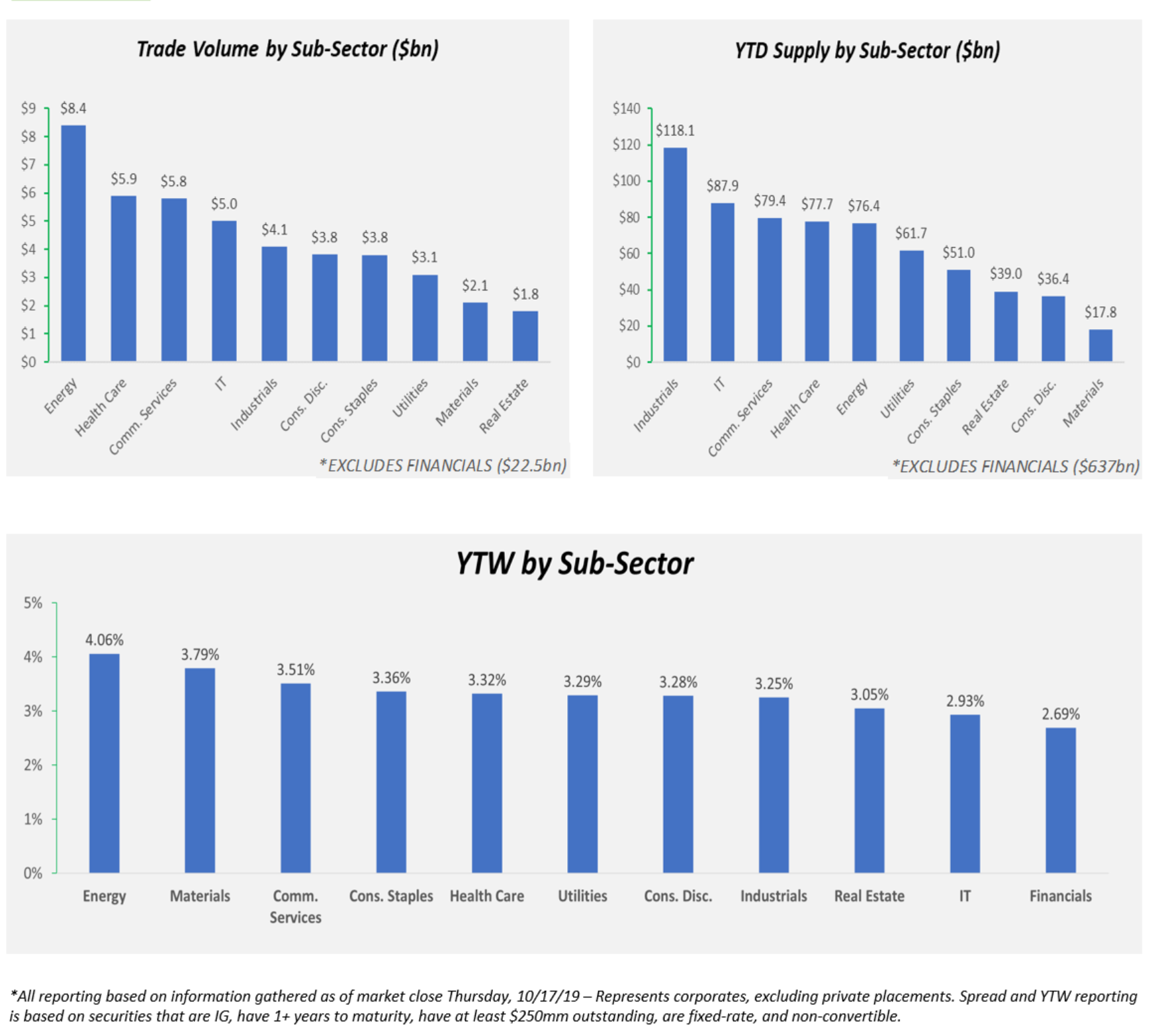