Coronavirus lockdowns continue to have a significant impact on the economy with the full-scale ramifications still to be determined. As record job losses hit their biggest decline on record this month, investors still remain optimistic with signs of economies re-opening and record debt issuance helping to keep companies afloat.

Coronavirus lockdowns continue to have a significant impact on the economy with the full-scale ramifications still to be determined. As record job losses hit their biggest decline on record this month, investors still remain optimistic with signs of economies re-opening and record debt issuance helping to keep companies afloat. 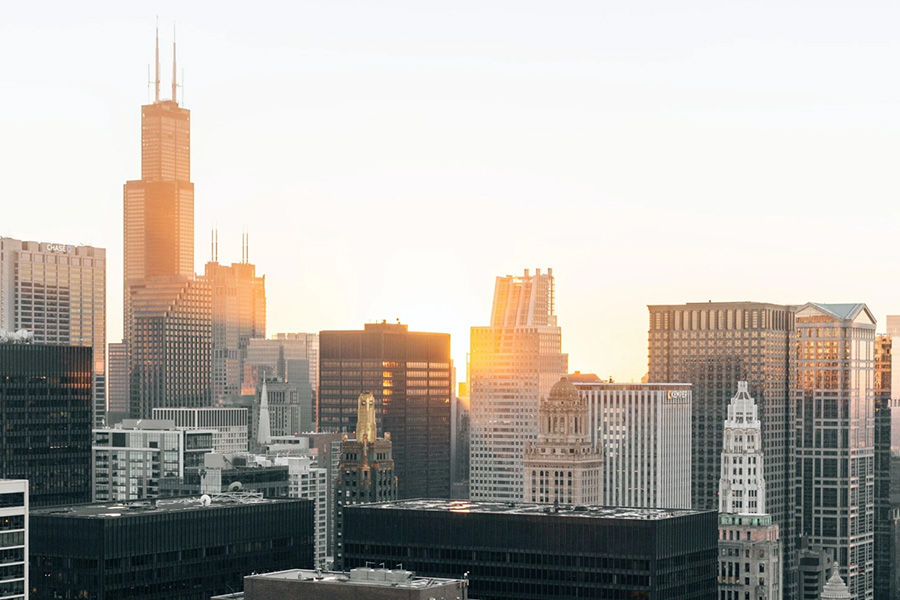 The U.S. begins to slowly try to ease lockdown measures in a phased and regional approach as some states have flattened the curve. As the economy begins to re-open, job losses continue to rise with claims increasing by 3.2 million last week (down from 3.8 million from the previous week), bringing the total to 33 million. April’s ADP Employment report decreased by over 20 million, the biggest decline on record.

Airlines, hotels, and restaurants are some of the industries most impacted by the shutdown, however, almost no industry has been immune. Employers have taken aggressive actions by furloughing or laying off employees to help reduce their cost base, as reopening looks complicated. With U.S. states all pursuing different timelines and guidelines, states with later open dates will learn lessons from those acting earlier. For instance, states such as Tennessee, Georgia, and Texas all relaxed restrictions last week, despite new cases and deaths per day nearing their peaks.

Investors remain optimistic despite negative economic data
Negative economic data and a mix of earnings results underscored underlying economic uncertainty; however, investors remain optimistic. The stock market continued to rally even as historic unemployment numbers were released on Friday. Investors are pointing to economies reopening and they see opportunity in the relaxing of social distancing measures.

The Treasury Department announced plans to increase auction sizes of longer-dated securities as the government’s borrowing needs have increased. Expectations are for the Treasury to borrow over $4 trillion via net issuance this year, which would be the largest one-year increase since WWII. While the debt-to-GDP ratio could pose challenges for investors, investors remain steadfast as the alternative is to invest abroad where countries also have elevated borrowing rates.

Record new issuance continues as investors double tap syndicate
Over the past month and half, investment grade syndicate desks have been extraordinarily busy, as $500 billion of investment grade paper has been issued. Year-over-year net issuance is +85%, with all-time monthly records set in both March and April. Supply is being met with an aggressive amount of demand thanks to the continued support of the Federal Reserve. Last week’s sum of issuance reached over $100 billion, the highest level 5-day issuance since the beginning of April.

The opportunities to issue debt with the crutch of the Fed has brought many issuers back to the syndicate table in compressed timeframes; issuers are locking in liquidity in the face of monetary and fiscal stimulus. For example, Exxon Mobil issued $8.5 billion in mid-March, only to issue another $9.5 billion in mid-April. All-in coupon payments are opportunistic for issuers, despite wider spreads than previous issuances, since generally coupons have been tighter due to lower Treasury rates.

Investment grade was not the only bright spot for new issuance as high yield syndication continued to set new records, bolstered by the Fed’s expansion of support to fallen-angel downgrades. High yield funds saw inflows of ~$750 million last week, even in the front of increased probability of default. Given inflows generally move in lockstep with oil prices, the high yield market could continue to grow as WTI crude increased 20% last week.

Key indicators for the week ahead
The bulk of earnings for Q1 will wrap up this week, along with core CPI for April being released. The Fed President Jerome Powell is set to speak on Wednesday and Minneapolis Fed’s Neel Kashkari is set to speak on both Tuesday and Thursday. Markets will look to both these Fed speakers, amongst others, this week for guidance on interest rates and any potential future assistance.