The Fixed Income Brief: Take Rates "Easy On Me," FOMC

As Adele released her much-anticipated 30 album, fixed income investors are hoping to avoid similar emotional trauma she went through in her breakup as Powell and the FOMC begin to remove the Fed’s extraordinary stimulus from markets.

As Adele released her much-anticipated 30 album, fixed income investors are hoping to avoid similar emotional trauma she went through in her breakup as Powell and the FOMC begin to remove the Fed’s extraordinary stimulus from markets. 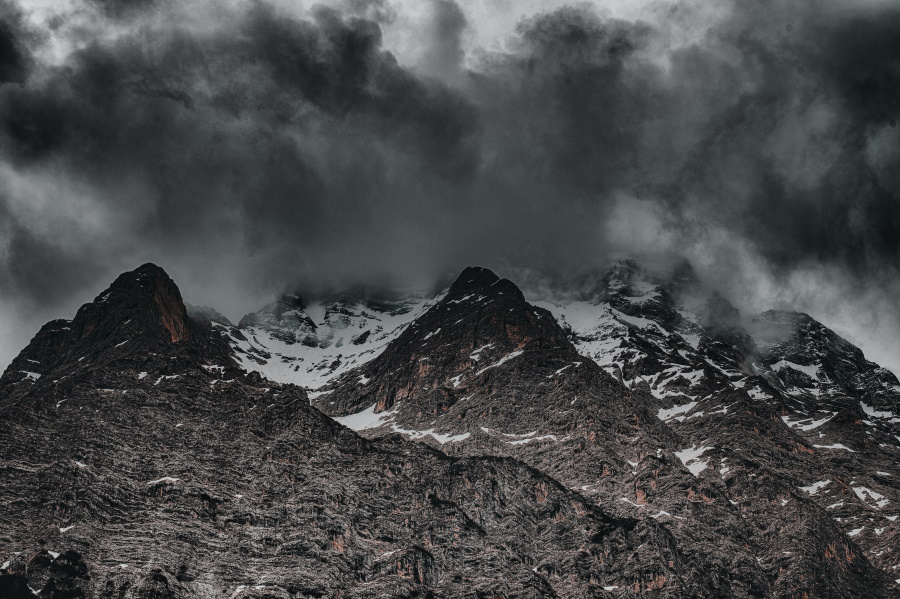 Fixed Income Trivia Time:
During which two presidential administrations did Paul Volcker (credited with curbing inflation) serve as chairman of the Federal Reserve?

There are only 28 trading days left in the year, and with the upcoming holidays, seasonal liquidity will impact a third of these days. The Fed will meet on December 14th and 15th, and this will keep portfolio managers and traders engaged until the holiday break. Central bankers continue to wrestle with stubborn inflation data and continued news of pandemic-plagued supply chain issues in most facets of the global economy.

Despite the risk of another serious wave of COVID cases (like Europe is experiencing now), central banks have started to change their tone. The Bank of England, which is set to start raising rates in December to combat rising prices, will be the first of the G-7 to begin rate hikes. Here in the U.S., a few FOMC members have also conceded to the idea of raising rates sooner rather than later. Chicago Fed President Charles Evans, a known dove, said he would be “more open-minded” to raising interest rates next year than he was previously anticipating.

He added, “I wouldn’t describe it as ‘hair on fire’ or anything like that, but…I have to admit, it’s gone on longer, things are not quite as clean as I was hoping for; patience is hard, and there might be a little bit of movement sooner than I’m thinking, or it could be that I’m just flat out wrong and we need to move.”

Adding to this sentiment was Atlanta Federal Reserve President Raphael Bostic, who said he believes the U.S. central bank could start raising interest rates in the middle of next year, based on the jobs outlook. He added, “right now, our projections suggest that by the summertime of next year, the number of jobs that we have in the economy will be pretty much where we were pre-pandemic, and at that point, I think it’s appropriate for us to try to normalize our interest rate policy.” Bostic was part of the majority who previously indicated a rate hike would be appropriate by 2022, but the tone and reference to a mid-summer hike is new information for investors.

Following a week of sharp rises, interest rates settled slightly lower by ~ -1-3bps across the curve. The 5yr, which has been the most volatile point on the curve recently, moved lower by -3bps. The 10-year TIPS auction on Thursday continued to show strong demand for inflation protection, printing at -1.145% versus -0.939% in the last auction in September.

Inflation, rising commodity prices, and supply chain shortages are still the largest threats to credit. The expectation is that if the supply chain can rectify its logjam, that the CPI would quickly flatten off. 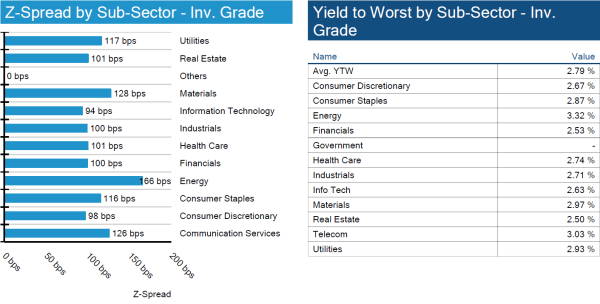 High yield spreads tighten, only slightly wider on the month

High yield bonds tighten 9bps and continue to trade in a historically tight range. In addition to tight spreads, there are historically low default rates. Moody’s put out this week that “In light of our expectation of a continued economic recovery and accommodative funding conditions in the coming year, Moody’s Credit Transition Model projects that the global default rate will fall to 1.7% at the end of this year.”

CommonSpirit is only S&P rating change this week

The only rating change from S&P we saw this week was an upgrade of CommonSpirit from BBB+ to A-.

Muni technicals will be supported by expected lower supply in 2022

Municipal bond market performance WoW was down -12bps through Thursday as munis underperformed U.S. Treasuries. The front end continues to outperform the belly and the long end of the curve, with the highest change in the 5-7yr bucket as investors continue to contemplate where the best pivot point on the curve will be given recent flattening. Morgan Stanley released a report that muni issuance is expected to be down roughly -12% in 2022 as federal funding on the back of the stimulus is expected to take out much-needed supply. U.S. municipal bond funds pulled in +$1.19bn last week, the lowest inflow in three weeks, as bond funds across the board saw flows lower by roughly ~-40% WoW. 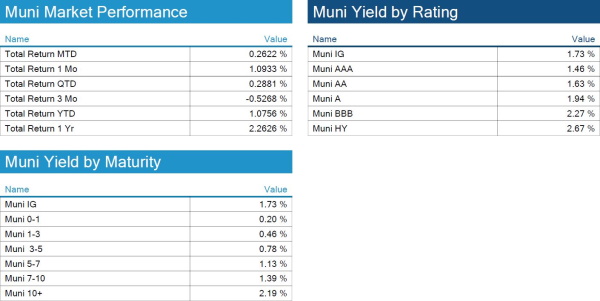 *Disclosure on all charts: Figures shown above are the weighted aggregate of bonds that currently have an IDC price and based on transactions over the past 2 weeks. This may create anomalies in the data but aligns with our effort to reflect actual market conditions. Data pulled as of end of day Thursday, November 18, 2021.