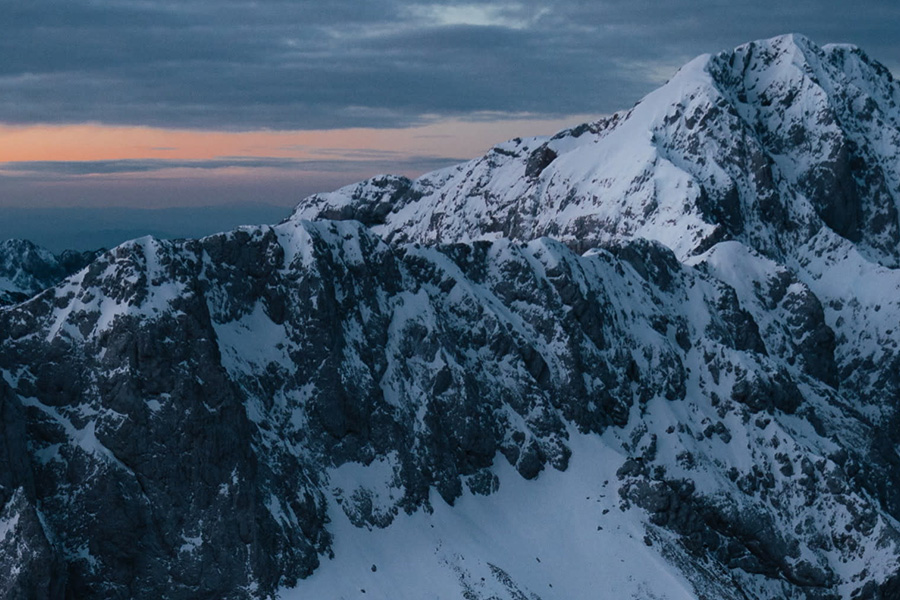 Fixed Income Trivia Time: What company has the largest amount of debt outstanding and how much debt does it have?

Investors had a lot to digest this week, starting with potential election results declared and the announcement of the Pfizer COVID-19 vaccine test results and ending with eye-popping COVID case numbers globally. Bond managers are generally a skeptical lot and never truly comfortable with uncertainty in the world given the upside versus downside nature of investing in bonds. In a year dominated by constant unknowns, the Fed and other major central banks remain a stabilizing force for fixed income investors. So in a week with a significant uptick in COVID hospitalizations and uncertainty over the future makeup of Washington, portfolio managers can at a minimum rely on the stability provided by the Fed.

Data this week was supportive of the continuous recovery but risks looking forward remain evident. On the back of the unemployment rate dipping below 7% last week, we saw decent initial jobless claims numbers at +709k (vs. +735k expected) with that trend continuing lower, though, still nowhere near the roughly +200k figures pre-pandemic. September JOLTs (job openings) data was roughly 100k more than August came as a positive even though it was slightly below expectations (6.4m vs. 6.5m expected). CPI was unchanged MoM in October (0.0% vs. 0.2% expected) after four straight months of increases for consumer prices, while core CPI came in at 1.6% (vs. 1.8% expected) and below September’s 1.7% reading.

Volatile week in rates ends with the 2/10s curve steepening

It was an eventful week in rates markets as the yield on the 10-year Treasury initially jumped +13bps to 0.95%. The benchmark rate touched an intraday high of 0.975%, its highest level since March as the pandemic was unfolding. In addition, the yield on the 30-year Treasury bond climbed +15bps to 1.74%. By the end of the week, the euphoria around the vaccine faded as the number of coronavirus cases globally climbed bringing rates back down towards the middle of the weekly range. Ultimately, the curve still managed to steepen significantly and 2/10s are now the steepest they have been since February 2018.

Credit spread tightened across the board on vaccine hopes

For a second week in a row credit spreads tightened across all sectors on the back of the vaccine and greater clarity around the election. Despite the uptick in COVID cases reported, credit investors are now more confident that a couple of potential vaccines have a greater chance of limiting the future impact of the virus on the global economy. The news saw the CDX indices improve across the board, though HY and EM significantly tightened at -31bps and -21bps respectively.

Given the tightening WoW, spreads are now trading well through the 3-month spread average across all ratings categories and most sectors. 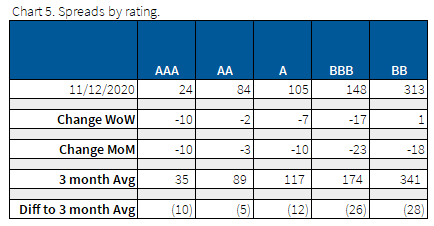 Abbott Labs downgraded in a sea of upgrades

Abbott Labs was downgraded by S&P to A-, now in line with Moody’s A3 rating. The Swiss industrial powerhouse, ABB, was upgraded to A from A- and Icahn Enterprises was upgraded to BB+, one notch away from IG.

Municipals held their own this week on significant inflows into municipal bond funds. It was the largest increase in flows since mid-October as investors were seen taking money out of equities leading up to the election and putting them in to safe-haven municipals.

NJ was downgraded over the weekend by S&P to BBB+ even though the outlook currently is stable. The downgrade comes after the Governor signed a budget that counts on borrowing more than $4bn for operating costs and boosts the income tax rate to 10.75% from 8.97%. 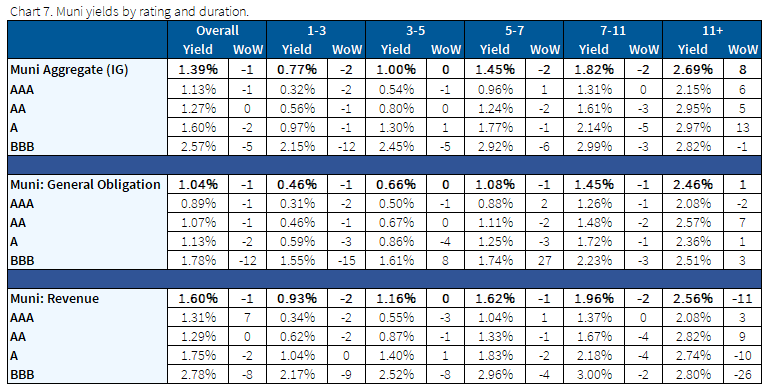 *Disclosure on all charts: Figures shown above are the weighted aggregate of bonds that currently have an IDC price and based off transactions over the past 2 weeks. This will create for anomalies in the data but aligns with our effort to reflect actual market conditions. Data pulled as of end of day Thursday, Nov. 12, 2020.