The Fixed Income Brief: Not Too Fast, Not Too Furious - Focused on Tapering

The taper is coming this year, but the pace will be tame in comparison to the last time the Fed looked to unwind their open market positions, as the pandemic risk lingers on and threatens the global growth outlook for many economists and strategists.

The taper is coming this year, but the pace will be tame in comparison to the last time the Fed looked to unwind their open market positions, as the pandemic risk lingers on and threatens the global growth outlook for many economists and strategists. 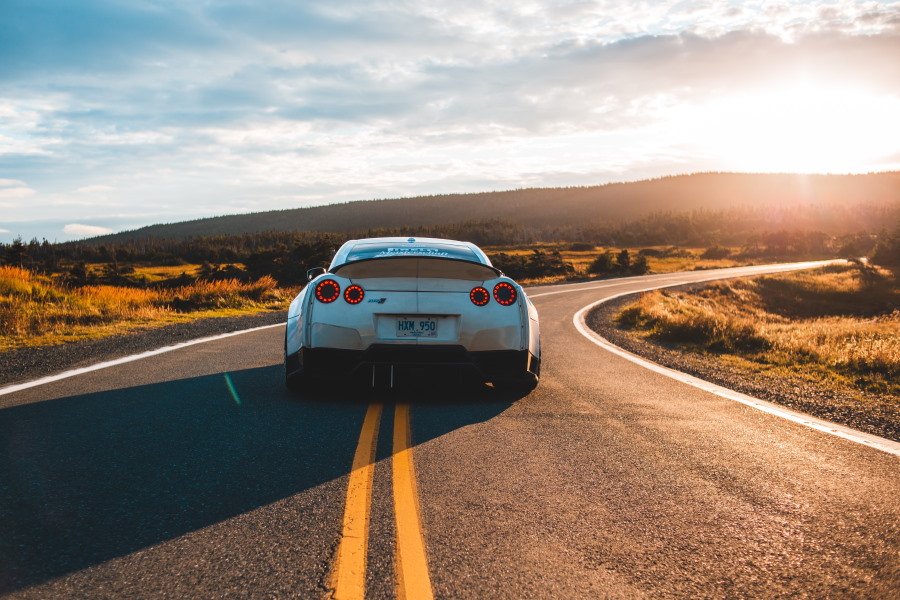 Fixed Income Trivia Time:
What percentage of adults have reported having symptons of a condition called digital eye strain?

As we head into the final quarter of 2021, many central banks were planning on initiating an unwind of the extraordinary measures they put in place during the pandemic to help their respective economies get through these difficult times. In Europe, despite slowing the pace of purchases termed as a “recalibration” (i.e., taper), European Central Bank (ECB) President Christine Lagarde signaled that the bank will keep monetary policy loose for some time amid a resurgence in COVID-19 cases globally and signs of economic slowdowns in China and the U.S. that have also prompted caution from the Federal Reserve. The Reserve Bank of Australia (RBA) started its taper by cutting its weekly target amount from A$5bn to A$4bn of purchases; however, it extended the length of the program by 2-3 months, which equates to net addition of stimulus ~A$25-30bn over the expected life of the program. This shows that central banks are mostly in agreement that the same level of stimulus does not make sense given the rise in global inflation, but fear of the Delta variant is causing central bankers to remain uneasy about doing anything dramatic at this point.

It was a light week economic data-wise following the non-farm payroll report last week combined with the shortened holiday week. On the U.S. jobs data front, there was positive news with weekly jobless claims at 310k (vs. 345k last week), the lowest level since the pandemic hit in March 2020, and now the 4-week average stands at 339k. In addition, JOLTS’ Job Opening measure for July (1-month lag) came in at 1mm+ more than the expected 10 million figure. German factory orders, which represent the key economic driver of Europe’s largest economy, were up +3.4% after a rise the prior month of +4.6%. That being said, German ZEW Economic Sentiment soured this month to 26.5 from 40.4, the lowest it has been since March 2020.

Coming back off the long Labor Day weekend, U.S. rates ended up mixed with the long end of the curve slightly lower (~ -4bps) and 5yrs and shorter maturities up +1bps to unchanged week over week. We saw a decent swing in sentiment as the “bad news equals good news” was in full effect on the back of the poor August payroll report last week; investors are still wary of inflation if the Fed does not remain diligent to stave it off. There was a 10-yr note auction this week that priced in line with August’s auction yield (1.34%) and with that, the average 10-yr note auction yield YTD is 1.43%. 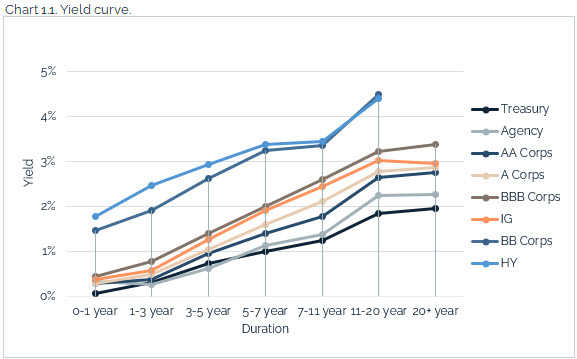 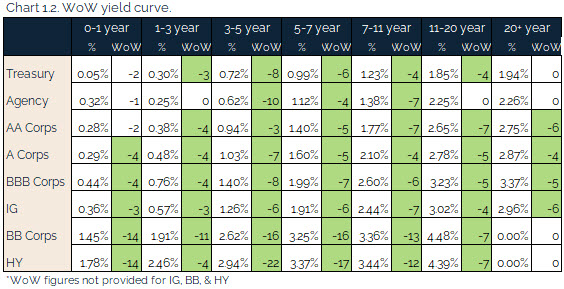 U.S. IG remains stable as investors look for guidance on tapering and infrastructure. As the world economy rebounds, energy and emerging markets outperformed mostly because oil names had lagged behind commodity prices YTD.

Oil prices are up going into the weekend on supply concerns out of the gulf. This is mostly a rebound from the initial selloff as China was selling some of its oil reserves. 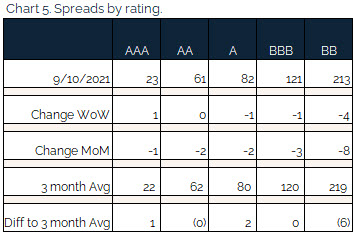 Tech Data and Bluehub Loan Fund saw the only rating changes this week from S&P.

Muni yields experienced a small uptick the last couple of weeks of the summer period as kids head off to school and parents get back to work. As we roll into the fall and start of Q4, exact specifications of funding from the infrastructure bill remain outstanding, but all news on fundamentals is pointing towards wholesale rating upgrades. State budgets have been bolstered by higher sales tax revenue, personal income tax, public utility consumptions, and franchise tax collections – all higher than the previous year and much higher than what was anticipated a year ago. No change in the supply / demand dynamic that we’ve been discussing here for some time as investors continue to reach for lower quality to find yield, but also supported by the fact the federal government is fully supporting the fundamental framework for state and local authorities. 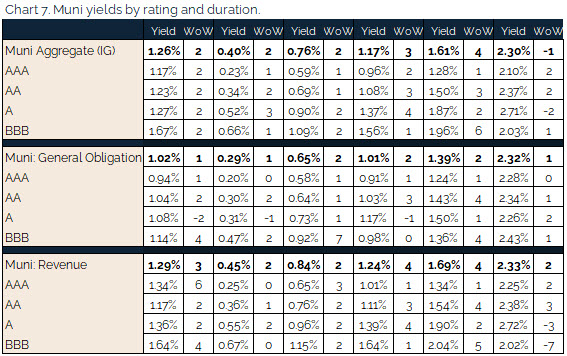 *Disclosure on all charts: Figures shown above are the weighted aggregate of bonds that currently have an IDC price and based off transactions over the past 2 weeks. This may create anomalies in the data but aligns with our effort to reflect actual market conditions. Data pulled as of end of day Thursday, September 9, 2021.