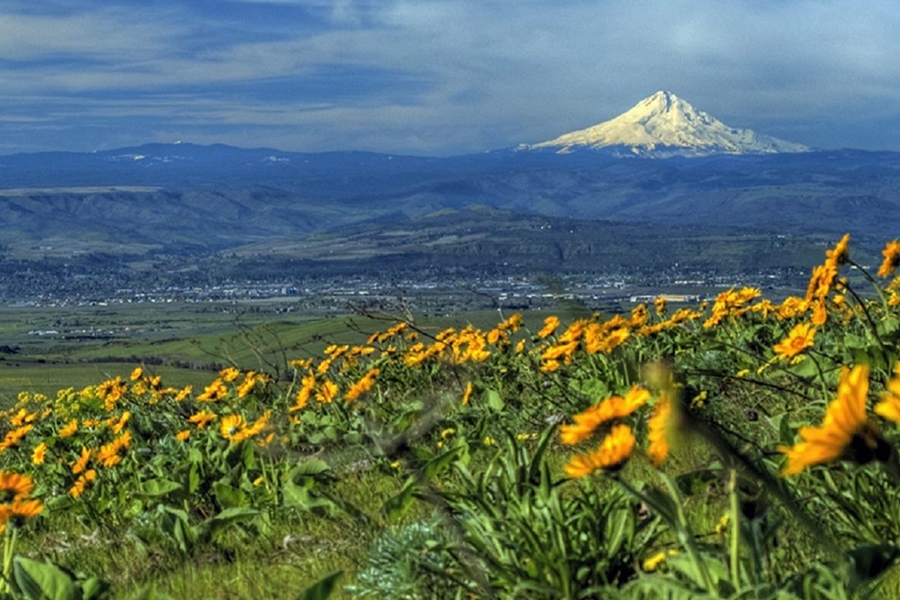 Fixed Income Trivia Time: Only one president has been a member of Augusta National and has a pond near #9 named after him. Which president is it and what is the name of the pond?

As Q1 2021 ended, longer-dated U.S. Treasury yields reached their peak since early 2020. Since then, they managed to settle back down allowing risk markets to move forward not worrying about the implications of what higher rates would do to curb growth. When rate markets behave, even after a significant move higher, it allows markets to focus on the fundamentals, which are looking quite strong given the unprecedented fiscal and monetary stimulus.

This week, the IMF raised its global GDP growth forecast for this year to +6.0% from 5.6%, citing unprecedented fiscal stimulus, an accelerated vaccination rollout in the U.S., and an expected rebound in Chinese growth (+8.4%). The Federal Reserve expects the U.S. economy to expand by +6.5%, its highest rate since 1984. The Fed’s March policy meeting offered no new catalysts to dictate market direction. Minutes showed officials remained cautious about the risks of the pandemic even as the U.S. recovery gathered steam amid massive stimulus, and the Fed re-committed to pouring on monetary policy support until a rebound was more secure. No doubt this unwavering support is bolstering market confidence and it is hard to fight the trend in higher prices for risk assets.

Last Friday’s non-farm payroll number for March was solid at +916k vs. +647k exp. On top of that, the average hourly earnings came in below expectations, helping to ease fears of an uptick in inflation. Both March readings of the U.S. Markit Services and the U.S. ISM non-manufacturing PMIs exceeded expectations and continue to show the U.S.’s outperformance over Europe where the reopening and vaccination rollouts remain challenged. This uneven recovery should keep global central bank stimulus intact for longer than what may be appropriate for an individual country’s economy – let’s just hope we don’t get burned this summer for running too hot.

In what feels like a stay at an Airbnb, U.S. rates markets have paused for the week as investors contemplate the balance of fiscal stimulus, infrastructure spending, borrowing, and higher taxes. The worry is that higher corporate tax rates may take some of the momentum out of markets. Given the imbalance between stimulus versus costs (in the near-term), it is likely we see rates test recent highs again. 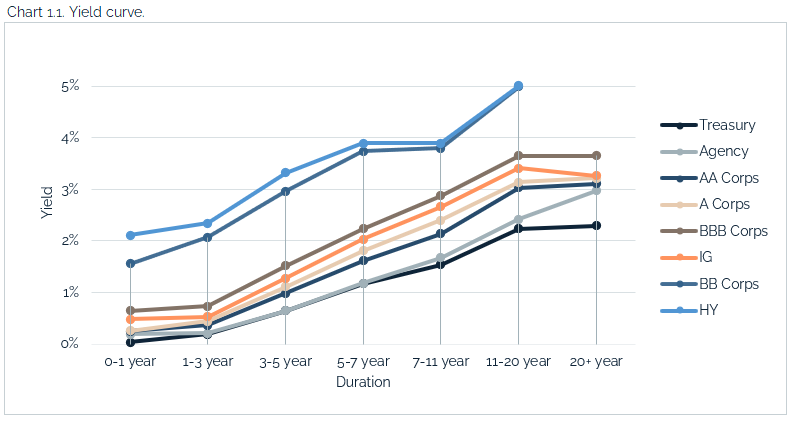 Spreads tighten as HY sees positive momentum on back of Fed

HY Credit Index tightens 19bps as narrowing high yield spreads come on the back of monetary and fiscal stimulus. It seems as if every analyst is extremely bullish on the short-to-middle term outlook, as an economist from Moody’s states: “For the next six months, probably for the next year, and perhaps even well into next year, real GDP growth and job gains will boom, and unemployment will quickly decline.” 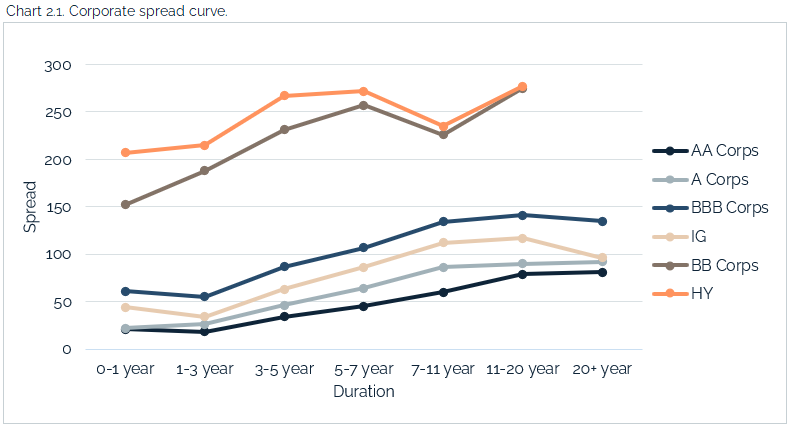 Energy and BB are the winners for both sectors and ratings, respectively. Idiosyncratic winners include WEC Energy Group and TECO Energy, while losers include Comcast Corp and IBM. 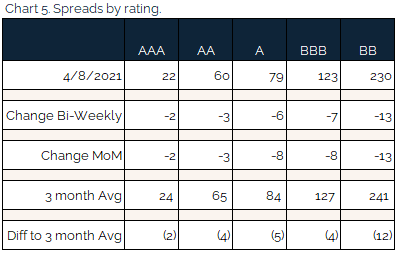 No substantial credit downgrades, as most factors are credit positive

Credit ratings will have to balance the continued drive-up in leverage on the back of record stimulus and low rates.

Muni yields again settled generally lower on the back of Treasury moves WoW. Lack of future muni supply, given the fiscal stimulus and infrastructure spending, continues to bolster the positive technical outlook for munis. 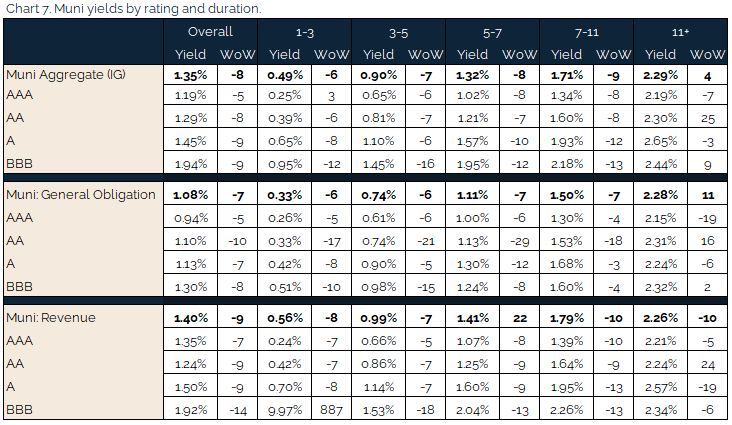 *Disclosure on all charts: Figures shown above are the weighted aggregate of bonds that currently have an IDC price and based off transactions over the past 2 weeks. This may create anomalies in the data but aligns with our effort to reflect actual market conditions. Data pulled as of end of day Thursday, Apr. 8, 2021.
Fixed Income Trivia Time Answer: Dwight Eisenhower (Ike)
Want to get this in your email every Sunday? Sign up to receive The Fixed Income Brief weekly.