While the Fed dominated headlines last week, this week all eyes are on the United Nations General Assembly.

The Fed met market expectations last week, cutting rates by another quarter-point at its September 18th meetings. Still, investors were disappointed after holding out hope that the agency would publicly take a dovish stance on its monetary policy outlook. They weren’t alone: President Donald Trump took to Twitter to express his displeasure with the agency, tweeting that the Fed had “failed again.”

In lieu of signaling that progressive cuts would be forthcoming, Chairman Jerome Powell opted for a reserved and cautious approach while reassuring the market that the Fed would be ready to enact additional measures as necessary. The New York Fed has been conducting repurchase agreements over the past week, injecting hundreds of billions into money markets to alleviate funding strains and cut down on short-term borrowing costs.

While the Fed dominated headlines last week, this week all eyes are on the United Nations General Assembly, with world leaders convening in New York City for the UNGA’s general debate, which is slated to kick off on Tuesday. Among themes at this year’s summit, the organization is tackling a discussion on climate change and discussing industry and investor standards for adopting sustainable practices. Geopolitical tensions are expected to overshadow the event in the aftermath of last week’s attacks on Saudi Arabian oil facilities and the ongoing US-China trade spat, which newly minted ECB President Christine Lagarde highlighted as the top risk to global growth.

Escalating tensions surrounding the possibility of a no-deal Brexit could also take center stage. The UK Supreme Court ruled that Prime Minister Boris Johnson’s prorogation formally suspending the parliamentary session was unlawful. The verdict has bolstered Johnson’s parliamentary opposition, which is seeking to thwart a hard exit come the end of October. 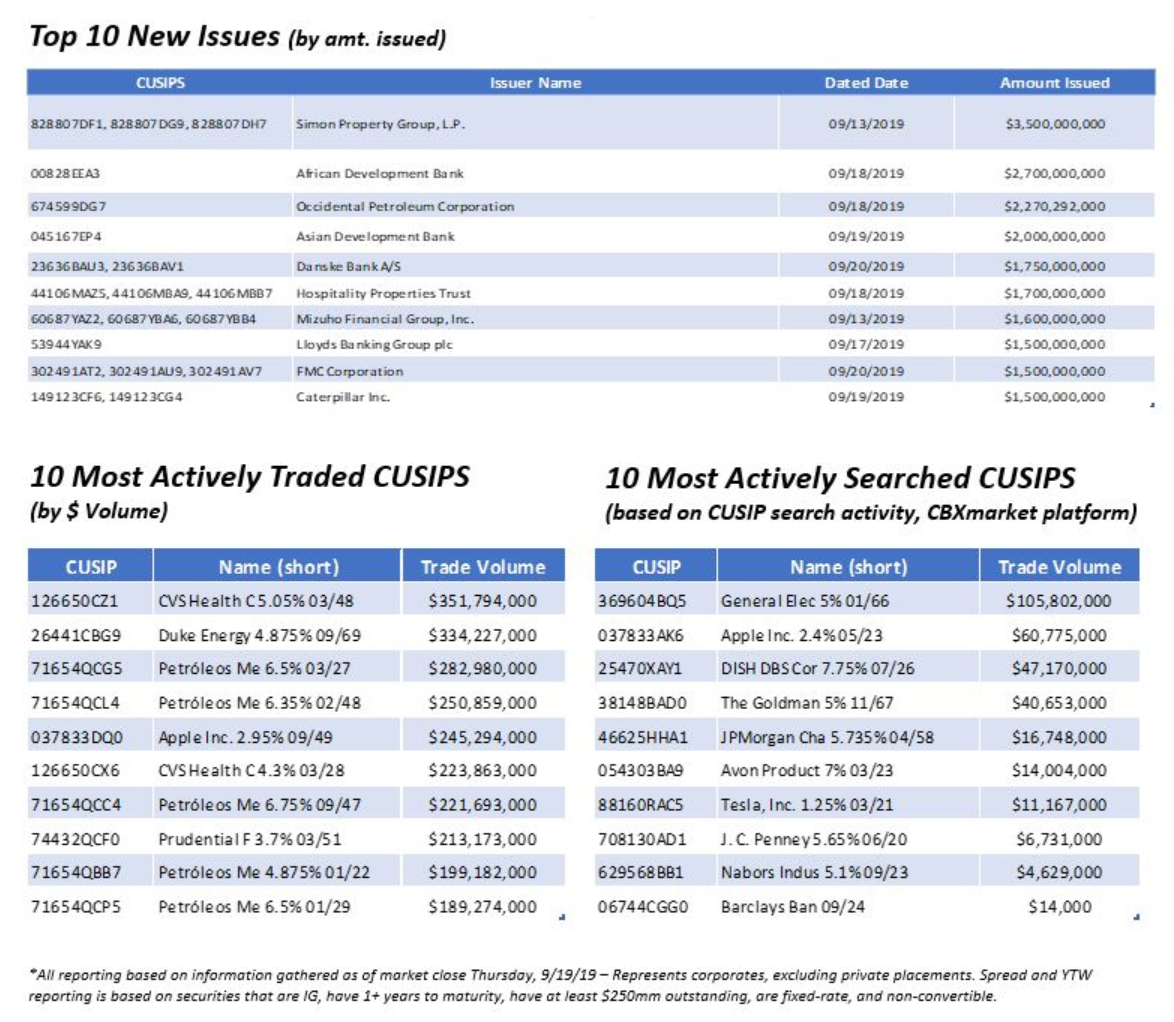 Elsewhere in Europe, stocks fell on the heels of newly-released weak economic data; meanwhile, strong US figures and a potential light at the end of the trade war tunnel have “bolstered confidence” for market players and assuaged recession concerns, according to Bloomberg reports. In the East, investors are awaiting updates due from central bank policymakers in New Zealand, the Philippines and Thailand this week.

The energy sub-sector dominated market movements last week, CBXmarket data shows. Occidental Petroleum was among the top new issuers by size—selling $2.3bn to fund an exchange offer—and CUSIPs from Mexican state-controlled oil company PEMEX snagged half of the top 10 spots on our weekly chart of most actively traded paper by volume. Earlier this month, the energy giant tapped the cross-border markets for the first time this year, selling $7.5bn in short- and long-term paper to refinance existing indebtedness. 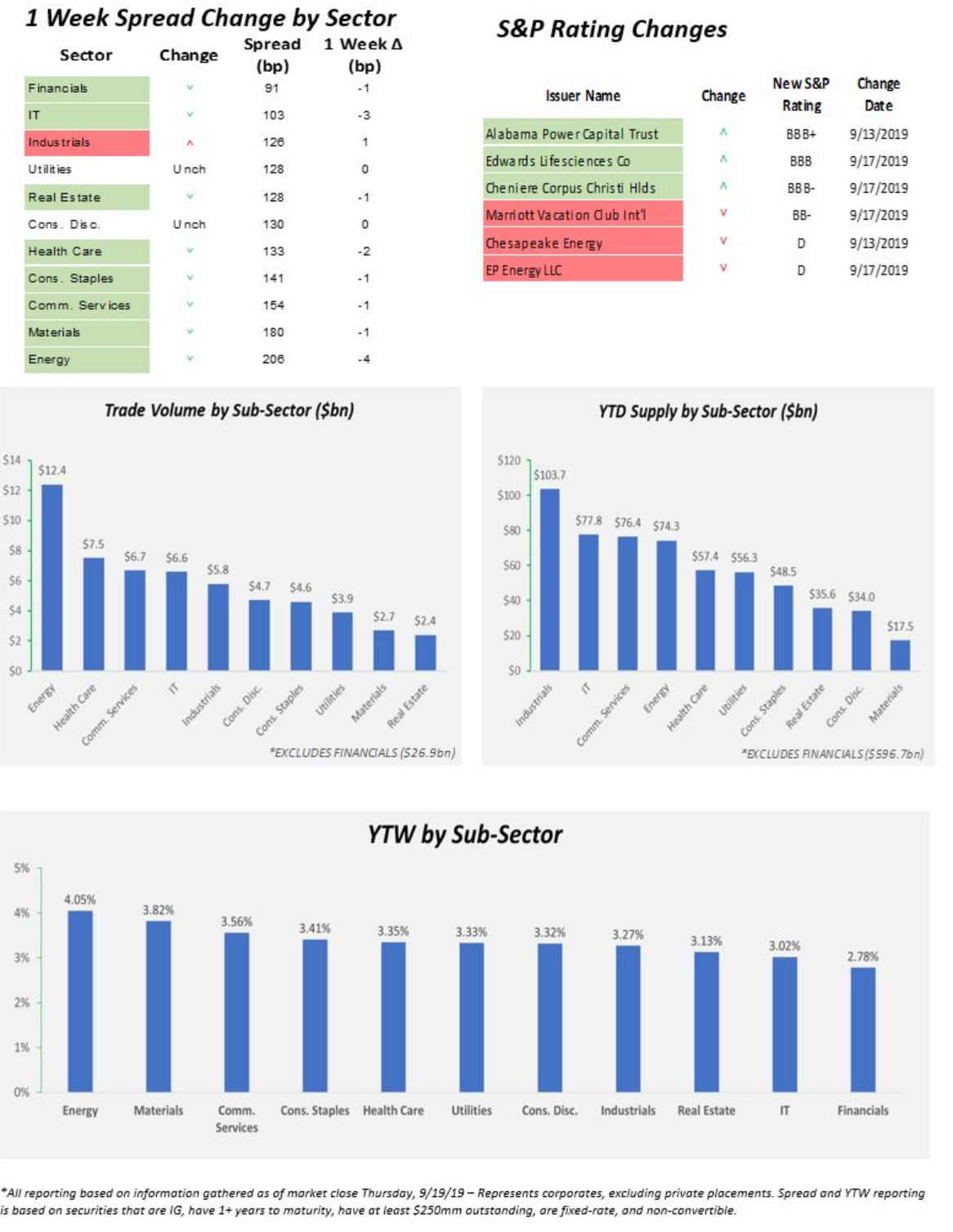