President Trump announces both US and China are optimistic about reaching a deal during the next round of trade talks.

After another week marked by volatility—the 2-/10-year yield curve briefly dipped in and out of inversion multiple times—the investment community received a signal of hope this weekend, when US President Donald Trump announced that US-China trade delegates were ready to resolve their ongoing spat.

During a press conference at the G-7 Summit in France, President Trump said that after fielding several phone calls from Chinese officials on Sunday, both sides were optimistic about reaching a deal during the next round of trade talks.

The about-face comes after trade tensions escalated during the tail end of the week: Beijing announced $75bn in retaliatory tariffs, and in response, President Trump took to Twitter to announce plans to levy an additional 5% tax on approximately $550bn of Chinese imports. The policy would modify existing plans to implement 25% tariffs on $250bn of goods, which was already slated to come into effect September 1. Instead, the rate would increase to 30% and take effect October 1, while plans to enact 10% tariffs on $300bn in other goods would similarly be modified to jack rates up to 15%.

The news sent Wall Street into a “nosedive” Friday, while analysts had a bleak outlook on the economic impact. Morgan Stanley indicated that implementing those tariffs would almost guarantee the US economy being pushed into recession.

At market open on Monday, hope of a trade deal being reached saw a rebound in the shares of companies exposed to tariffs. Apple rose 2% to lift tech stocks overall, while the energy sector improved after a tumultuous week. Amid exposure to trade war volatility, oil and energy corporates were among the most actively traded paper last week, CBXmarket data shows. 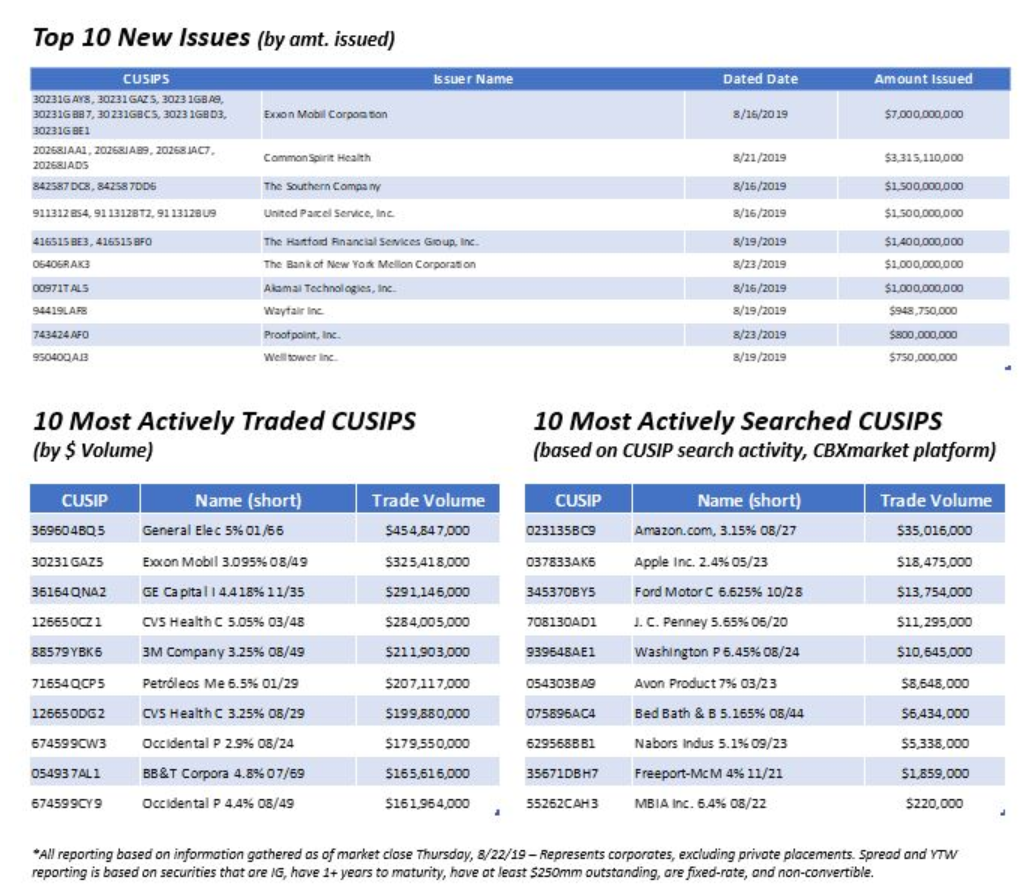 Eyes were on the Fed last week, as investors waited with bated breath for any indication that the agency would be aggressively easing. However, market players were left wanting after Chairman Jerome Powell held off from committing to a series of additional rate cuts during his speech at Jackson Hole. The Fed policy meeting continued to spark President Trump’s ire, and emerging market credits reacted poorly to the agency’s stance.

Still, the markets expect another quarter-point cut to be implemented in September, and according to Powell, trade war uncertainty has taken a toll on domestic capital spending and contributed to weak manufacturing. In fact, a US Commerce Dept released a new report indicating lackluster domestic business investment: quarterly business investment contracted for the first time since 1Q16. The report also indicated a decline in industrial activity. 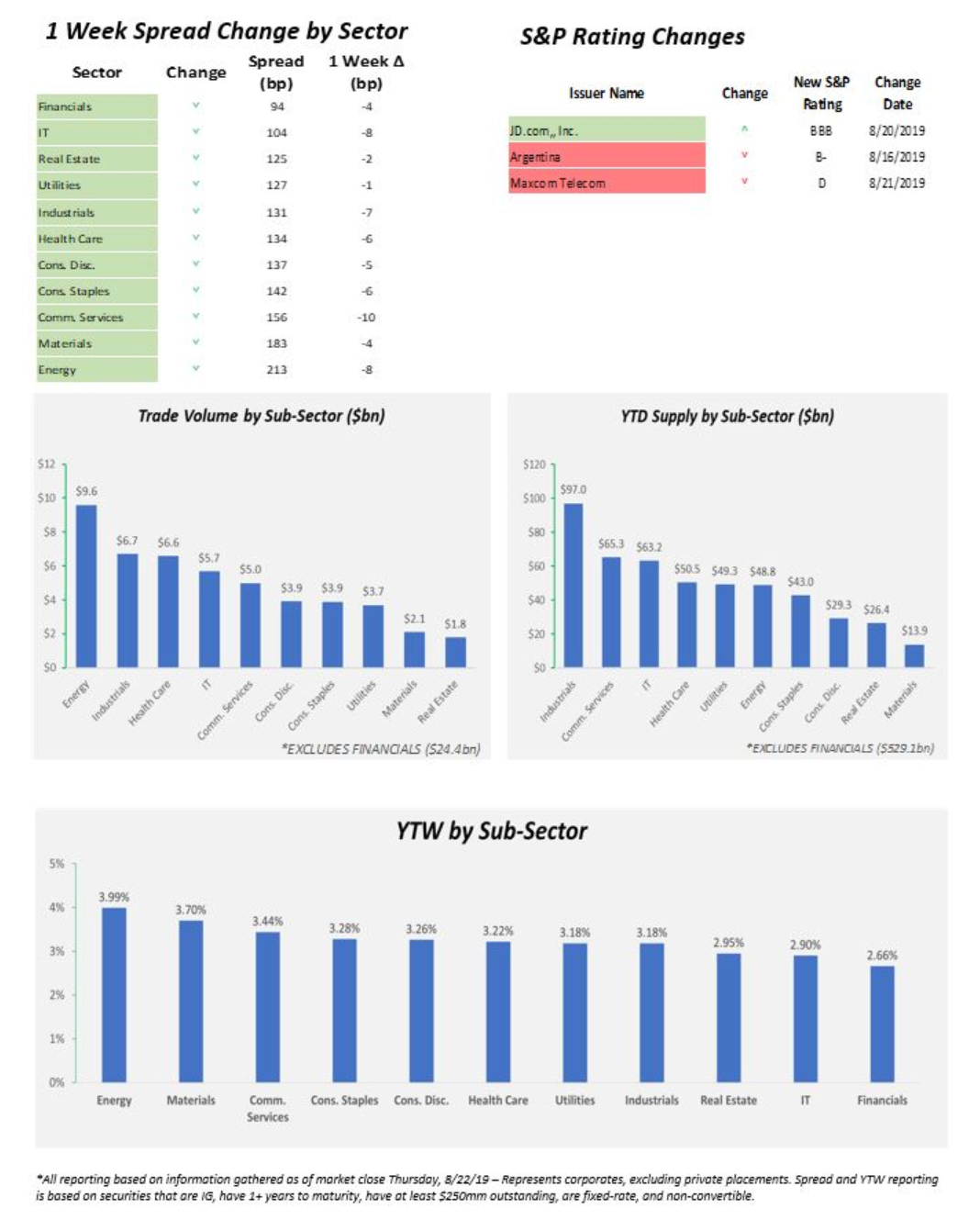