Volatility has finally begun to subside on the heels of news that Mexico and the US inked a trade deal.

The month of May saw investors trying to stay afloat amid a tumultuous market cycle, but volatility finally began to subside the first week of June on the heels of news that Mexico and the US inked a trade deal.

Earlier in the week, the market seemed poised for continued turbulence after US President Donald Trump announced plans to levy duties against Mexico in the form of a sliding scale—5% to 25% over time—unless Mexico agreed to stem the flow of cross-border migration. Treasuries rallied aggressively while banks braced for impact: a Barclays research report indicated that imposing new tariffs on Mexico could facilitate comparable actions against the US’s other trading partners. At the time, Barclays revised its US economic outlook and forecasted a Fed rate cut of 75bp by year-end, with a 50bp cut in September.

Late on Friday, however, President Trump revealed that the pair reached an agreement. As a result, the MXN increased the most in almost a year, and equities ended the week on highs not seen since November, according to Bloomberg. The S&P 500 gained 1.1% Friday, aided by the release of weak figures in the US May jobs report. Soft jobs data served to reinforce analysts’ views that a Fed rate cut is becoming increasingly likely. Reuters reported that funds are pricing in more than two quarter-point cuts by YE2019, with one already priced in for July. 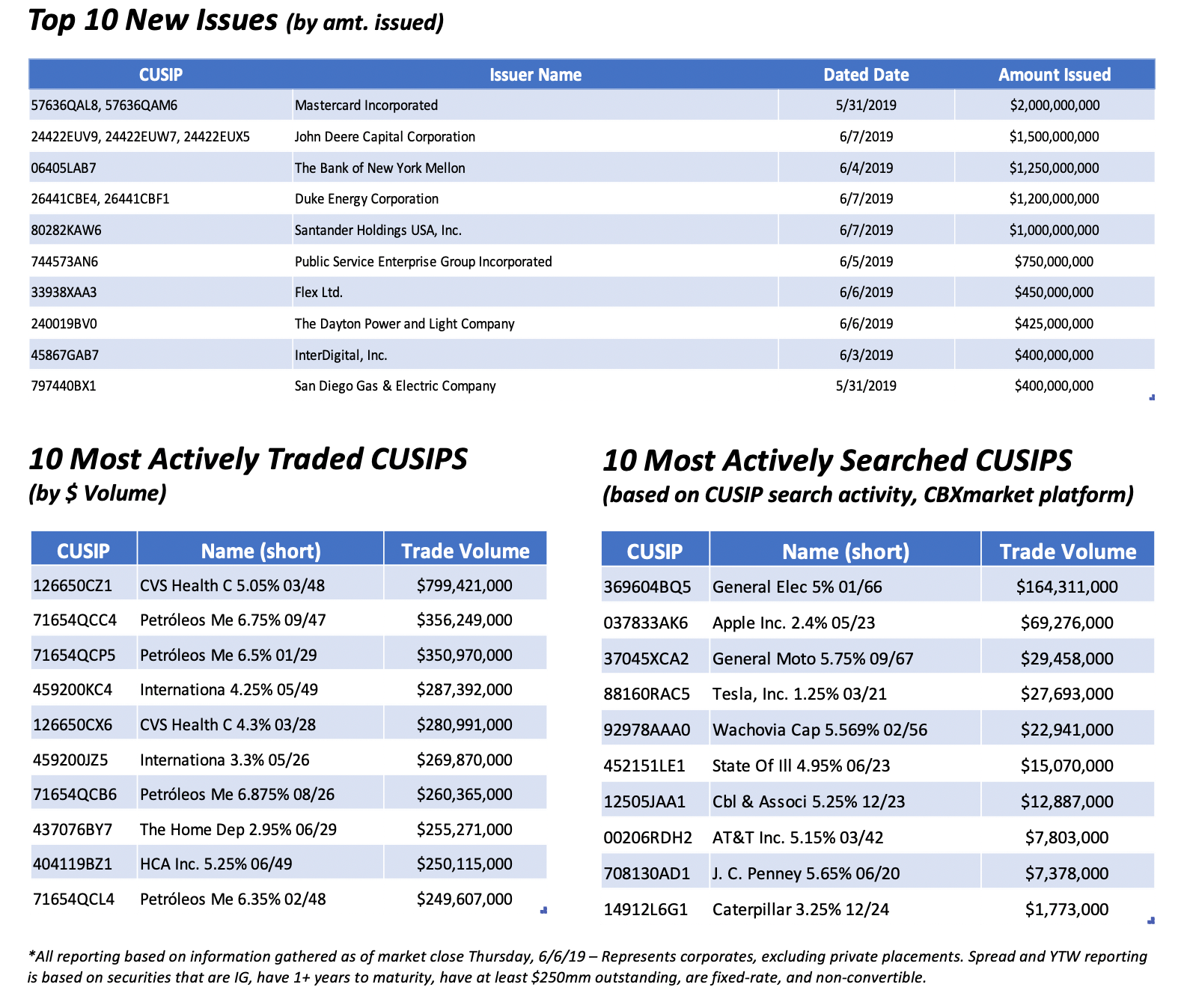 Following the trade and jobs developments, 10-year Treasury rates bounced back, with yields rising 3bps to 2.1% after 21-month lows. Still, tensions between the US and China have continued to escalate ahead of this month’s G-20 meetings in Japan.

On Sunday, US Treasury Secretary Steven Mnuchin took to Twitter to disclose that he and People’s Bank of China Governor Yi Gang had a “constructive and candid” trade talk on the sidelines of the event. During the G-20 leaders’ summit later this month, Trump will reportedly announce whether he will enact an additional $325bn in Chinese import tariffs after levying duties on $200bn of Chinese goods last month.

For China’s part, its May export figures exceeded forecasts. The customs administration reported that exports rose 1.1% YoY while imports decreased 8.5% YoY, resulting in a $41.65bn surplus. However, a Nomura desk note cited by international wires indicated that while China is likely to report positive figures again in June, it should prepare for the effects of any imposed tariffs by 3Q19. 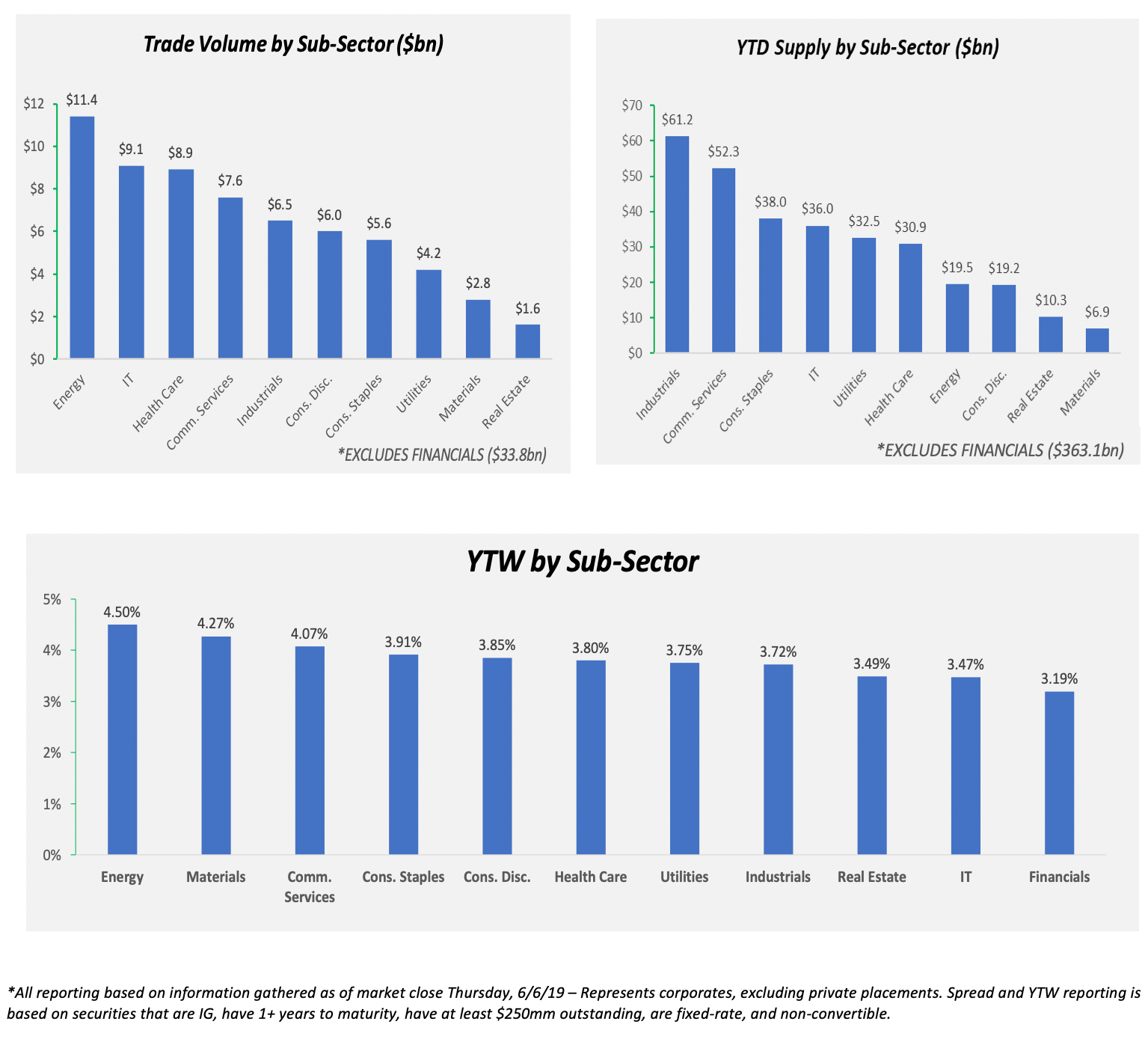