Escalating trade tensions between the US and China saw investors continue to seek safe haven in bond markets.

Last week, 10-year Treasuries fell to lows not seen since 2017, as escalating trade tensions between the US and China saw investors continue to seek safe haven in bond markets. Rates fell further at market open on Tuesday, with the 10-year at 2.27%. Analysts at Nomura, Goldman Sachs and FTSE Russell all agree that markets have already priced in the “harsh reality” of an expected full-blown trade war, according to Bloomberg.

Speculation that negotiations will end in a deadlock was seemingly reinforced over the weekend during President Donald Trump’s trip to Japan. While discussing US-Japan trade relations with Japanese Prime Minister Shinzo Abe, Trump indicated that the US is not ready to ink a deal with China and added that Chinese tariffs would likely increase “very substantially,” international wires reported. As bonds rallied on the heels of this sentiment, economists at Bloomberg estimated that a trade war could strike a $600bn blow to global GDP by 2021. 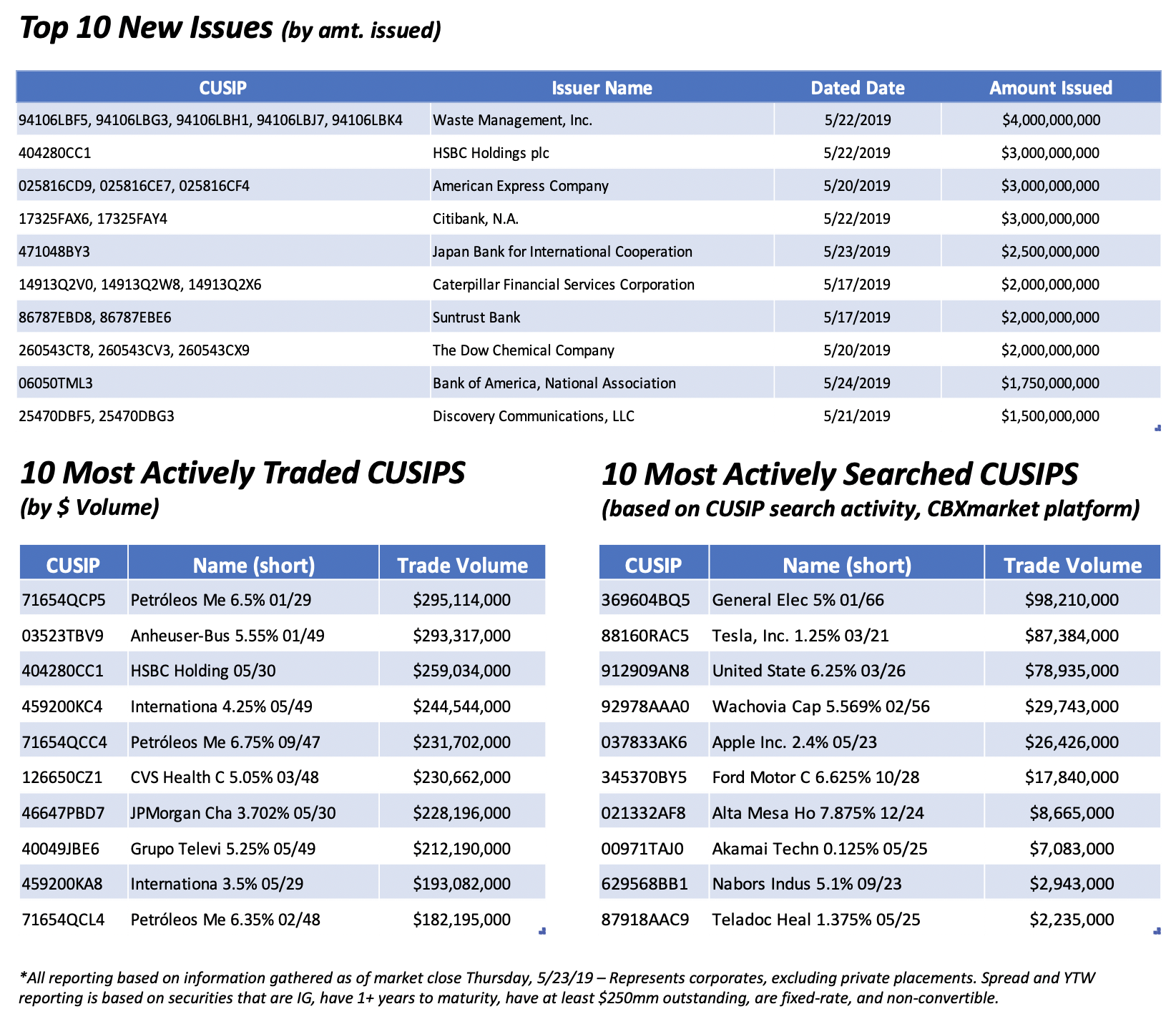 Global manufacturing data fell short of expectations and contributed to a sell-off at the end of last week, according to a Barclays research report. Trading activity increased the most for 20-year industrial debt compared to 10-year and 30-year maturities, with A-rated bonds outperforming and BBB-rated notes trading wide. The bank went on to indicate that on the high-yield side, EUR-denominated paper is preferable to USD given attractive spreads and unfavorable hedging costs to purchase USD.

In Europe, Reuters reported that European stocks, bonds and the euro have fallen as a dispute between Italy and the European Commission overshadowed markets on Tuesday morning. Italy is facing up to EUR 3bn in potential fines for amassing levels of debt and deficits that break EU guidelines. Meanwhile, talks to determine the next president of the European Commission and European Central Bank are also slated to begin Tuesday evening. 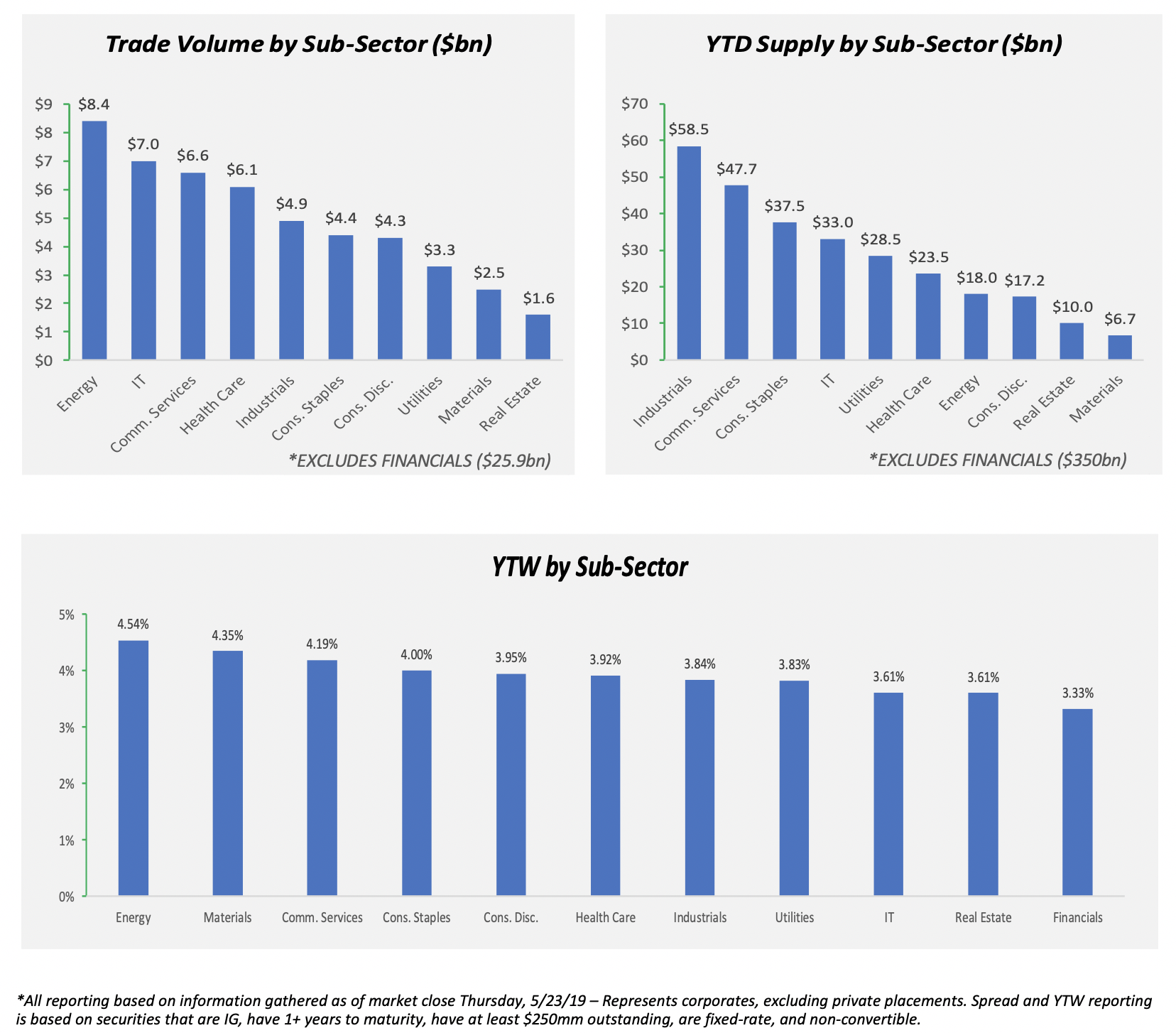