Last week’s escalating trade tensions between the US and China resulted in the S&P 500 suffering its worst week of 2019. Investors are now seeking safe harbor in fixed income.

Last week’s escalating trade tensions between the US and China resulted in the S&P 500 suffering its worst week of 2019, according to international wires. As previously reported in CBXmarket’s May 9 market recap, investors sought safe harbor in fixed income after US stock markets lost more than $500bn in equities after President Trump announced plans to raise tariffs from 10% to 25% on over $200bn of Chinese imports.

As news of the policy sparked selloffs, officials from China and the US met in Washington to hash out a trade deal. However, after ending negotiations in a stalemate, Trump released further plans to increase tariffs on an additional $325bn in Chinese imports on Monday morning. The new threats continued to send shockwaves through the markets, as China toyed with retaliating with similar tariffs on US goods, Bloomberg reported, adding that investors have voiced concerns that rate hikes on additional Chinese goods would “disproportionately target consumer products like iPhones, thereby posing a greater threat to the consumption-driven US economy.” 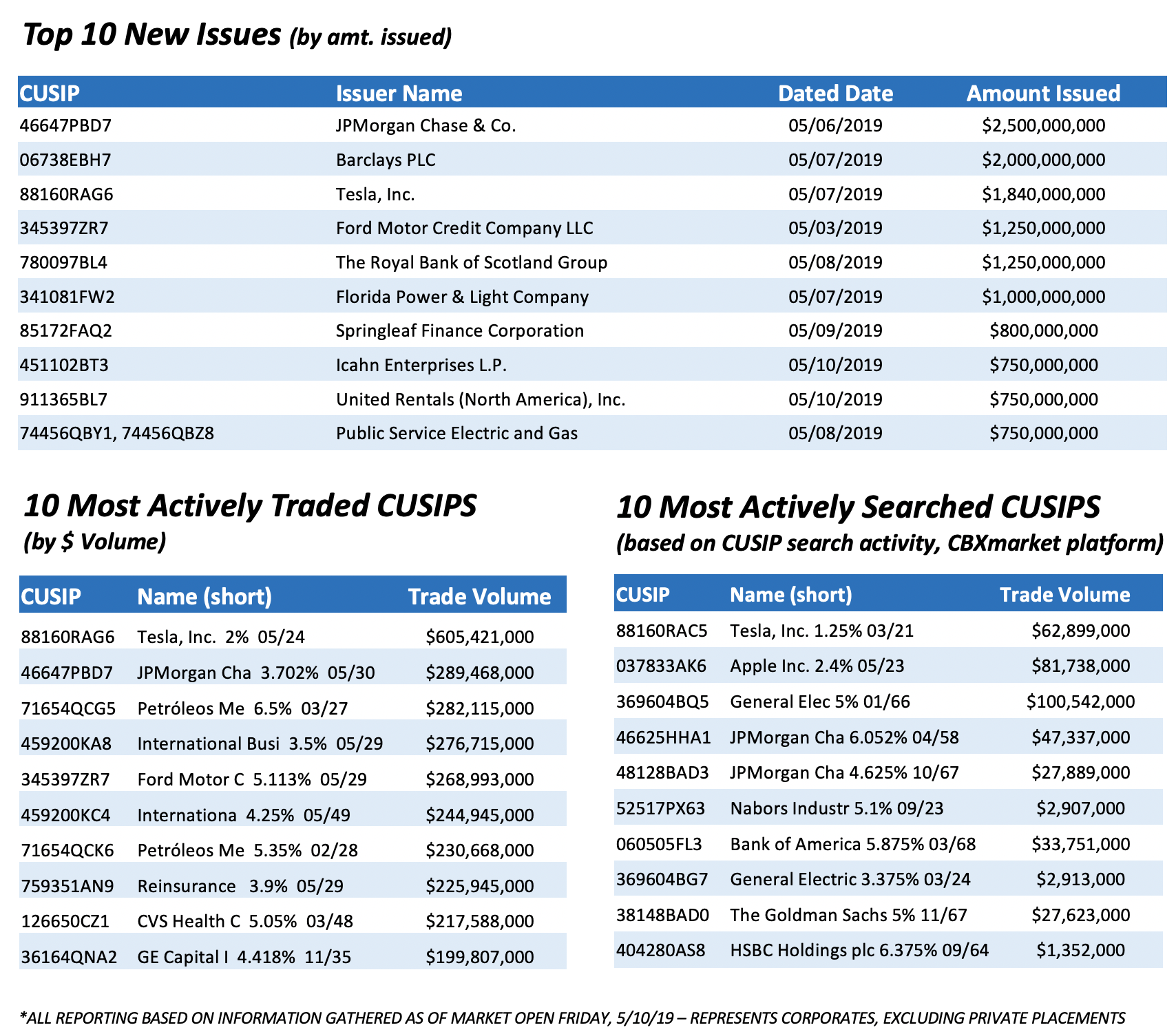 As investors continue turning to the bond market amid stock volatility, Treasuries yields reached their lowest levels seen since late March. At market open, benchmarks fell 1.8%, with assets that are vulnerable to trade taking the biggest hit, Bloomberg indicated. Still, other reports noted that bond markets haven’t fully priced in the continued demise of trade negotiations.

According to various international wires, tariffs could result in a 0.4% blow to US GDP figures and could push the economy toward recession. The impact could extend to US inflation measures, which would likely increase 0.5-point, thus “slightly increasing the likelihood” that the Fed would raise rates by early 2020, Goldman analysts estimated. 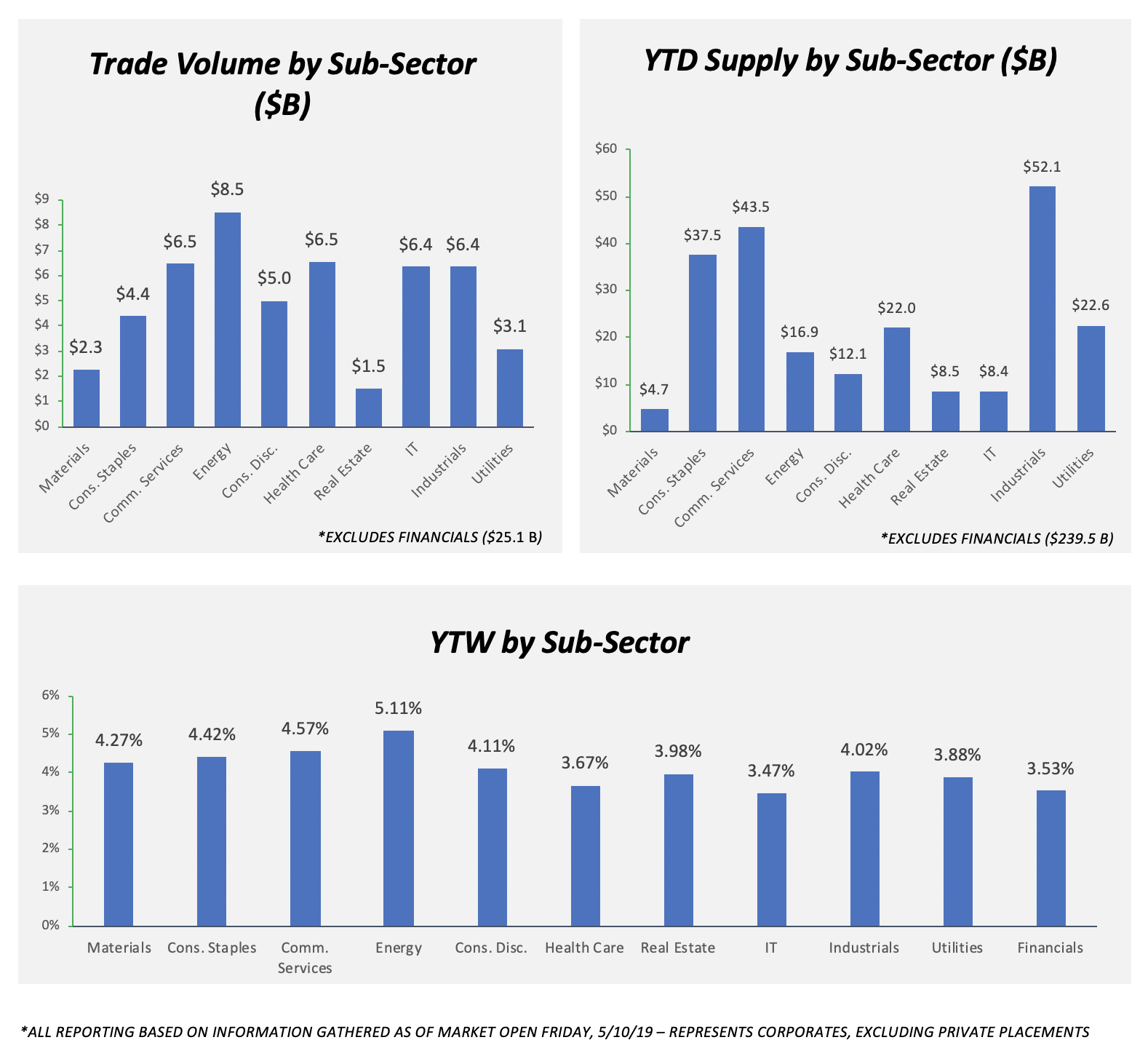