All eyes are on the Fed this week, with investors anticipating that waits will remain unchanged ahead of the May 1 policy announcement.

Last week, the market saw the decline of the USD on Friday, having dipped after soaring to nearly 2-year highs as the market awaited the Commerce Department’s release of 1Q19 GDP figures, according to international wires. The department announced that GDP rose at a 3.2% annualized rate during the quarter, above previous analyst estimates of 2%, a Reuters report indicated. This release “set the stage” for Fed meetings this week, with UBS analysts projecting USD depreciation as investors become risk-averse and the global economy sees improvement, according to the report.

All eyes are on the Fed this week, with investors anticipating that waits will remain unchanged ahead of the May 1 policy announcement, Bloomberg reported. On Monday, the Treasury released plans to slash 2Q19 borrowing from previous estimates, with updated plans to take out $30bn from April through June. Traders will be eyeing which maturities the Treasury favors and how the paper will be allocated given the Treasury’s plan to step back from purchasing mortgage-back debt, another fixed income report indicated. 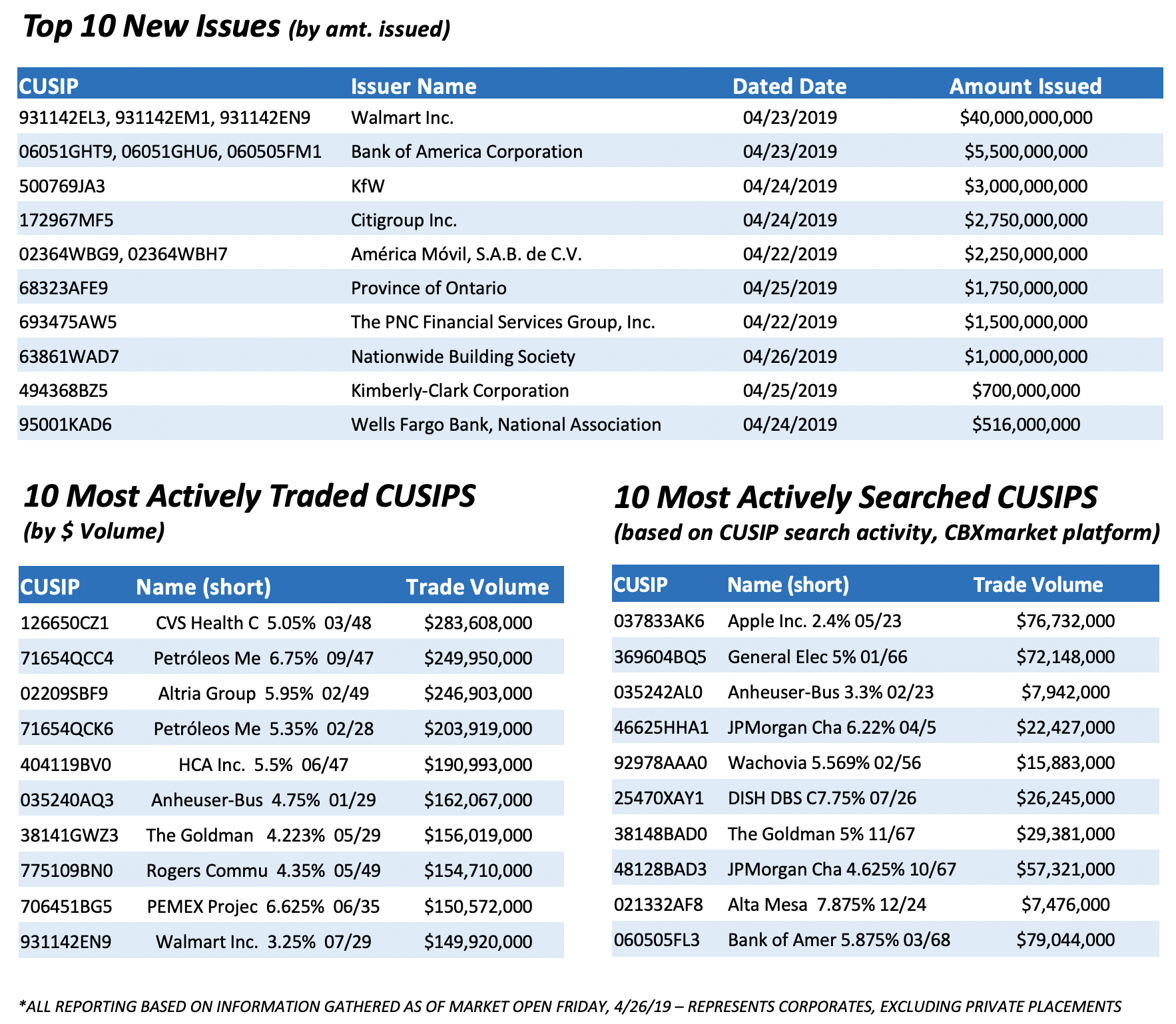 US Treasury rates fell on Friday, amid release of the GDP figures and “tame” inflation data, with the short end of the curve dropping 3bp to 2.3% for 2-year notes, Reuters reported. However, those yields increased again on Monday following reports of a surge in consumer spending at the highest levels seen in nearly a decade.

Unlike the stock markets, which are at record highs—the tech sector continues to outperform the rest, having added more than $1tn in market cap over the past four months—the US corporate bond rally has subsided. Spreads on investment-grade and high-yield paper alike have “traded in a very narrow band,” and YTD have tightened some 44bp and 157bp, respectively, according to a Morningstar analyst. 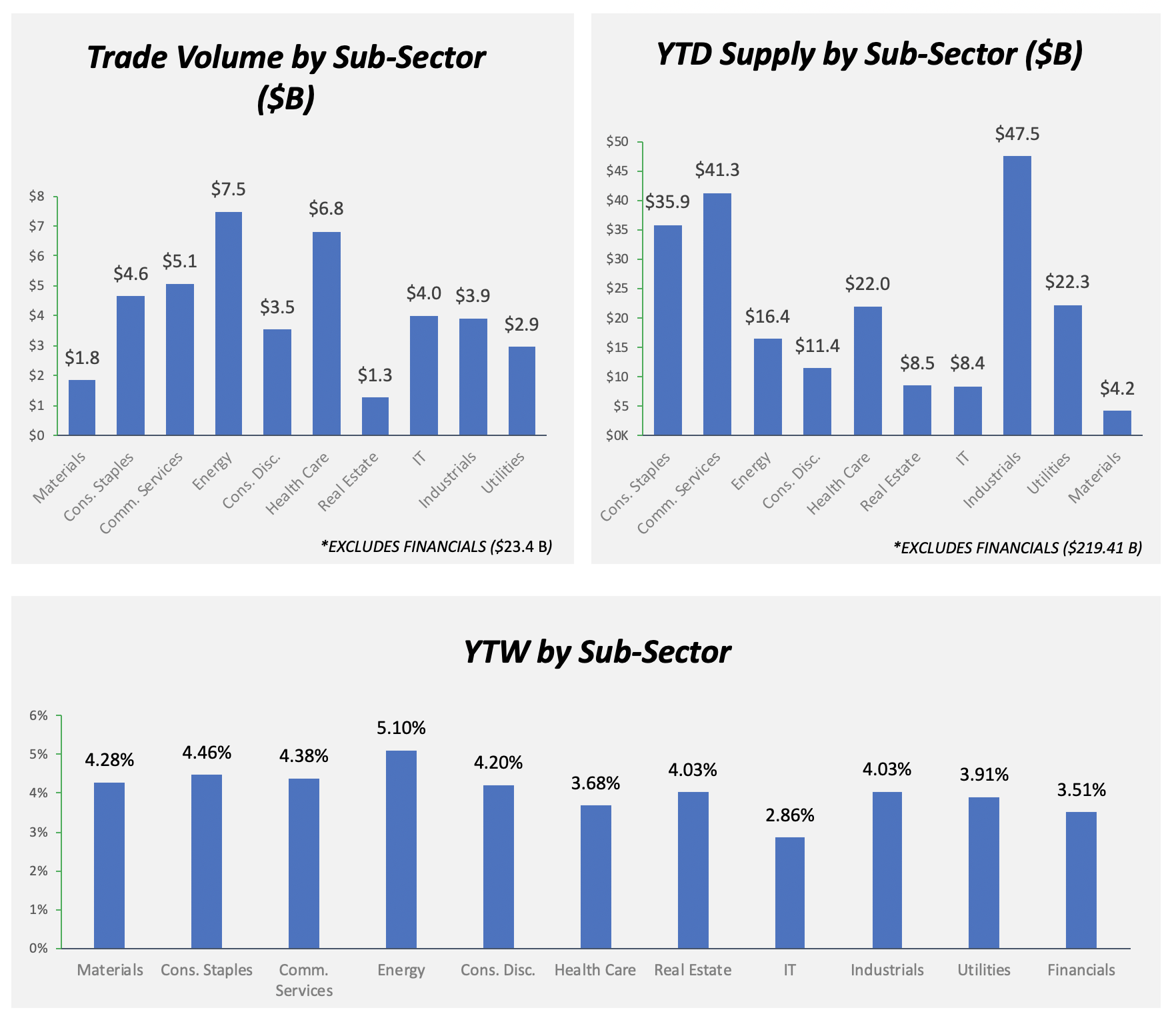