Last week, trade optimism led to increased risk appetite among investors, resulting in reduced demand for safe haven assets and leading equity indices to reach record highs. On Friday, US-China trade delegates signaled that they were on the cusp of reaching a deal that could benefit tech giants and assured the market they were making “steady progress” towards securing a comprehensive agreement.

This wave of positivity washed over many within the investment community: a Forbes Op-Ed noted that looming recession fears are assuaged, and declared, “It is time to get excited, optimistic and bullish.” With the Fed signaling an end to progressive easing, investors can make decisions based on a stable rate environment, wrote Forbes.

On Wednesday, Fed Chairman Jerome Powell confirmed market expectations and slashed interest rates by another quarter-point—the third consecutive cut of 2019—while signaling that an improved economic environment and the deescalation of trade tensions both both served to alleviate the need for actively implementing additional cuts in the coming months. Fed officials reaffirmed this stance on Friday, citing stable hiring data as a cause to opt for a “wait and see” approach. 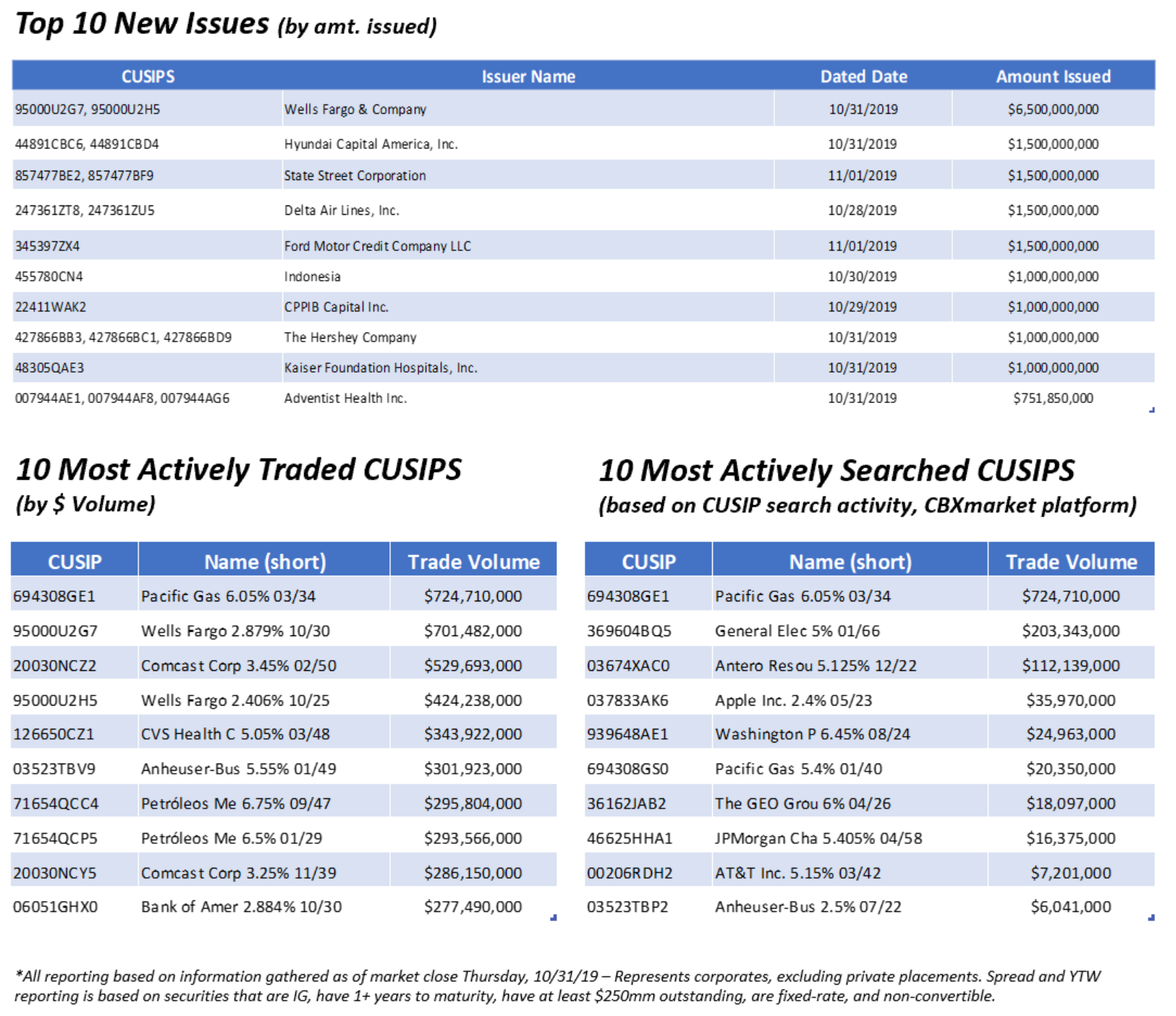 The release of additional data last week also reinforced this optimistic outlook. The 3Q19 GDP growth report indicated an annualized growth rate of 1.9%, surpassing expectations of expected 1.6%. Jobs growth also slowed less than expected, according to Reuters. Treasury yields rose on the back of the news, breaking three days of consecutive declines, with the 10-year yield increasing to 1.727% compared to 1.672% and 1.691% of the previous days. Analysts who were watching to see whether the yield curve would invert yet again implied that the threat of recession related to inversion has finally simmered.

Still, there were naysayers. Blackstone tempered expectations, as the firm’s strategist Joseph Zidle warned that the “mother of all bubbles in the sovereign debt market could blow up the economy” by mid-2020 or 2021. Noting that companies’ profits usually continue rising until six months before a recession, Zidle indicated that returns might keep rising over the next three quarters before stagnating.

Likewise, Morgan Stanley analysts noted that despite the Dow Jones Industrial Average jumping to a record high of 18% in yearly gains, their forecast indicate that the next decade will have “dismal” returns comparatively.

In the week ahead, market players will closely analyze the release of metrics regarding non-manufacturing indices, the trade balance and consumer sentiment for indicators of economic health. However, even with the prospect of a trade truce seemingly increasing, inking a deal won’t “rescue” emerging markets, according to The Wall Street Journal, which reported that many EM economies are adversely impacted by the slowing growth of the Chinese economy, regardless of the threat of tariff escalations.

In the week ahead, earnings will continue to pour in from tech, media and manufacturing giants, and data on durable goods and factory orders will be released.  According to Bloomberg, monetary policy updates from central banks in Australia and England will also take center stage. 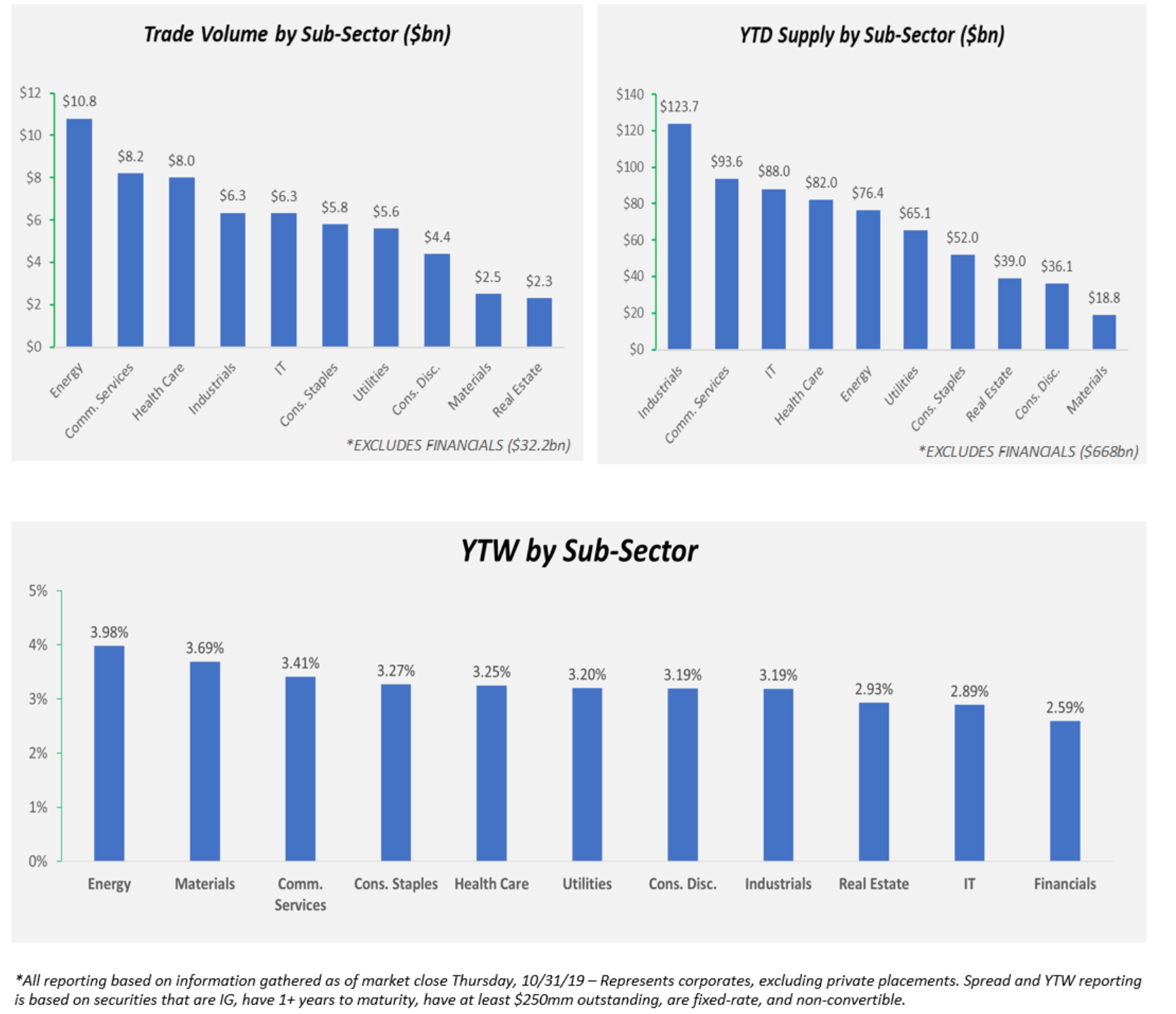