While the beginning of November  was marked by trade optimism, things took a turn as investor sentiment shifted.

While the beginning of November  was marked by trade optimism, things took a turn last week as investor sentiment shifted. Stocks were mixed at market close on Friday after news that Beijing was becoming skeptical about the likelihood of the US and China striking a trade pact soon.

Chinese officials were reportedly “troubled” after Trump denied claims that the dueling duo were making headway and had agreed to simultaneously and proportionally roll back tariffs. Still, while Op-Eds circulated saying that the negotiation process “went off the rails and lost its meaning,” over the weekend trade delegates reinforced the narrative that discussions were constructive, and White House Economic Advisor Larry Kudlow appeared to distance himself from Trump’s remarks and reiterated that both sides were indeed getting closer to penning an agreement.

The week ahead has started off with a bang. US President Donald Trump met with Treasury Secretary Steve Mnuchin and Fed Chairman Jerome Powell—the latter’s second in-person meeting with Trump since the pair had dinner in February—where the agency said that the Chairman reinforced his stance and remarks from his congressional hearings last week. As Bloomberg notes, while the White House typically refrains from enmeshing itself in monetary policy commentary, Trump has targeted Powell via Twitter throughout the year, questioning via Twitter whether Powell was a bigger enemy to the US than the Chinese President, Chairman Xi. 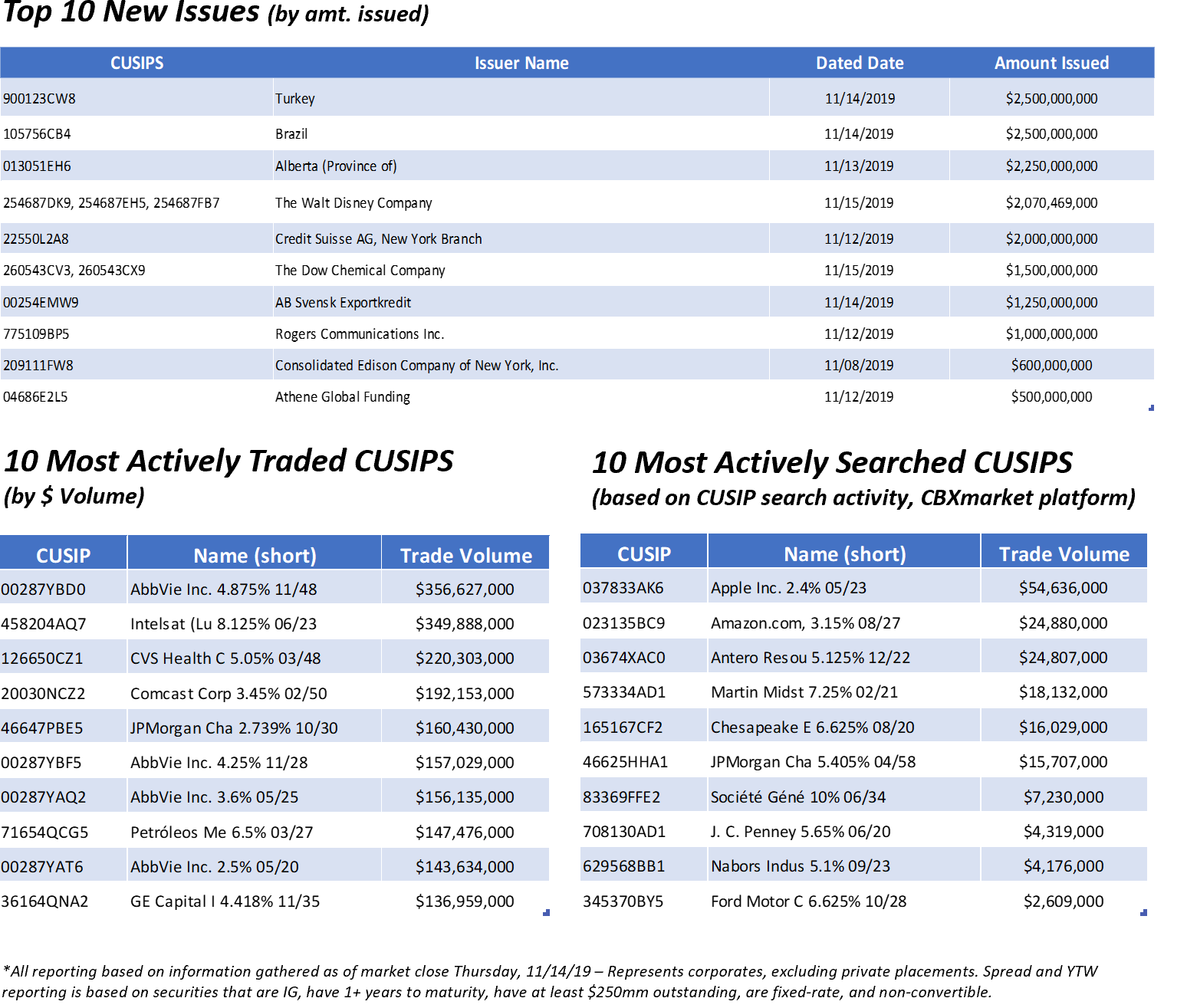 Following the meeting, Trump tweeted that the discussion was “cordial” and covered an array of topics including negative interest rates, which resulted in the USD declining. For its part, the agency reiterated that a negative interest environment comparable to European and Japanese rates wouldn’t be suitable for the US. On Friday, the Fed released their biannual Financial Stability Report, highlighting key risk factors and delving into the economic market movers. On the whole, the Fed indicated that risks of severe economic downturn have been assuaged, mitigating the fears of recession that were plaguing the market this summer.

With the Fed signaling the expectation of stability, investors are pulling out of government bonds—which they spilled into this summer while seeking refuge in safe haven assets—causing yields on US Treasury notes to rise. In fact, there were more than $3bn in outflows from mutual funds that focus on Treasuries during the first half of November, according to The Wall Street Journal.

“Fedspeak” will continue to take centerstage this week, noted Kevin Bliss, CBXmarket’s in-house investment expert. Three of the Fed’s district presidents are slated to speak on monetary policy, and internationally, Christine Lagarde—newly-appointed president of the European Central Bank—is also scheduled to discuss the economic outlook and inflation targets. Stay tuned: in CBXmarket’s weekly blog, Bliss will discuss the key takeaways from the Fed’s Financial Stability Report and will parse indicators of US economic performance. 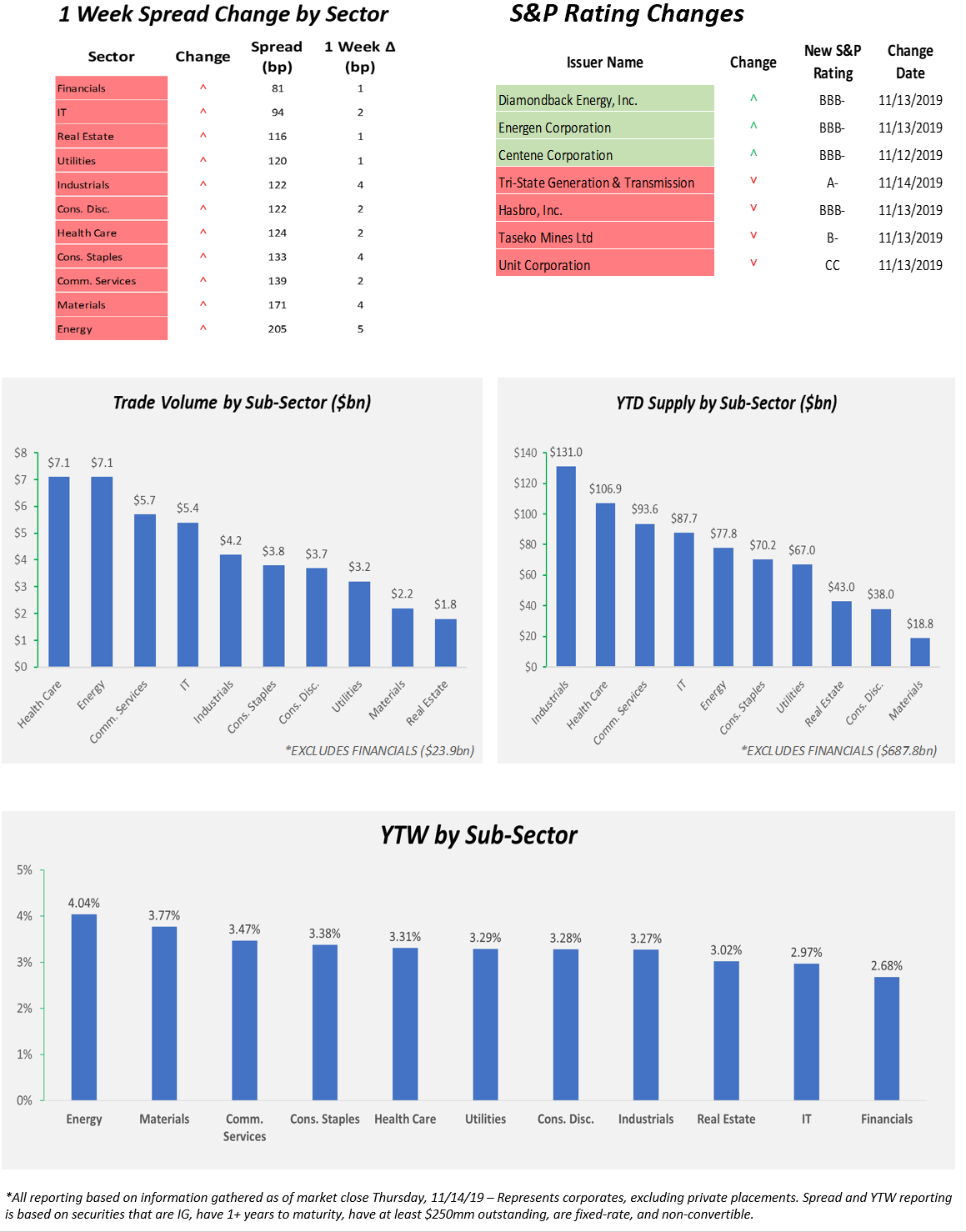