Last week was marked by trade optimism, and the bond market reacted accordingly. Globally, yields on 10-year government bonds surged, with the 10-year US Treasury rate closing at its highest level in three months on Thursday, with a yield of 1.924%.

The de-escalation of geopolitical tensions—China and the US were reportedly on the cusp of penning their Phase One trade deal—in conjunction with monetary easing also spurred bond movement in European markets. Yields on French and Belgian 10-year government bonds turned positive for the first time since mid-July, noted The Wall Street Journal. While German yields were still trending negative, the 10-year yield rebounded to highs unseen since June. Ireland, Portugal and Spain all saw their longer-dated government paper recently return to positive territory.

Thursday’s bond surge was the biggest one-day jump that the 10-year US Treasury yield had seen since Trump was elected president, according to CNBC, which declared that the bond market has “officially switched off its recession alarm.” In fact, the entire yield curve “completely uninverted” for the first time since November 2018 largely due to the Fed’s easing and the positive trade outlook that served to offset the recession worries of the summer.

Still, markets aren’t out of the woods just yet. The Chinese Ministry of Commerce announced that the dueling duo were in talks to rollback existing tariffs, and in a statement form a spokesperson, China indicated that the pair would simultaneously and proportionally lift tariffs once the ink on the Phase One deal was dry. However, conflicting reports from Washington surfaced and relit the fuse of investor anxiety. Despite assurances from Chinese officials, on Friday President Trump maintained that he did not agree to roll back tariffs, once again sparking an investor flight to safe haven assets. 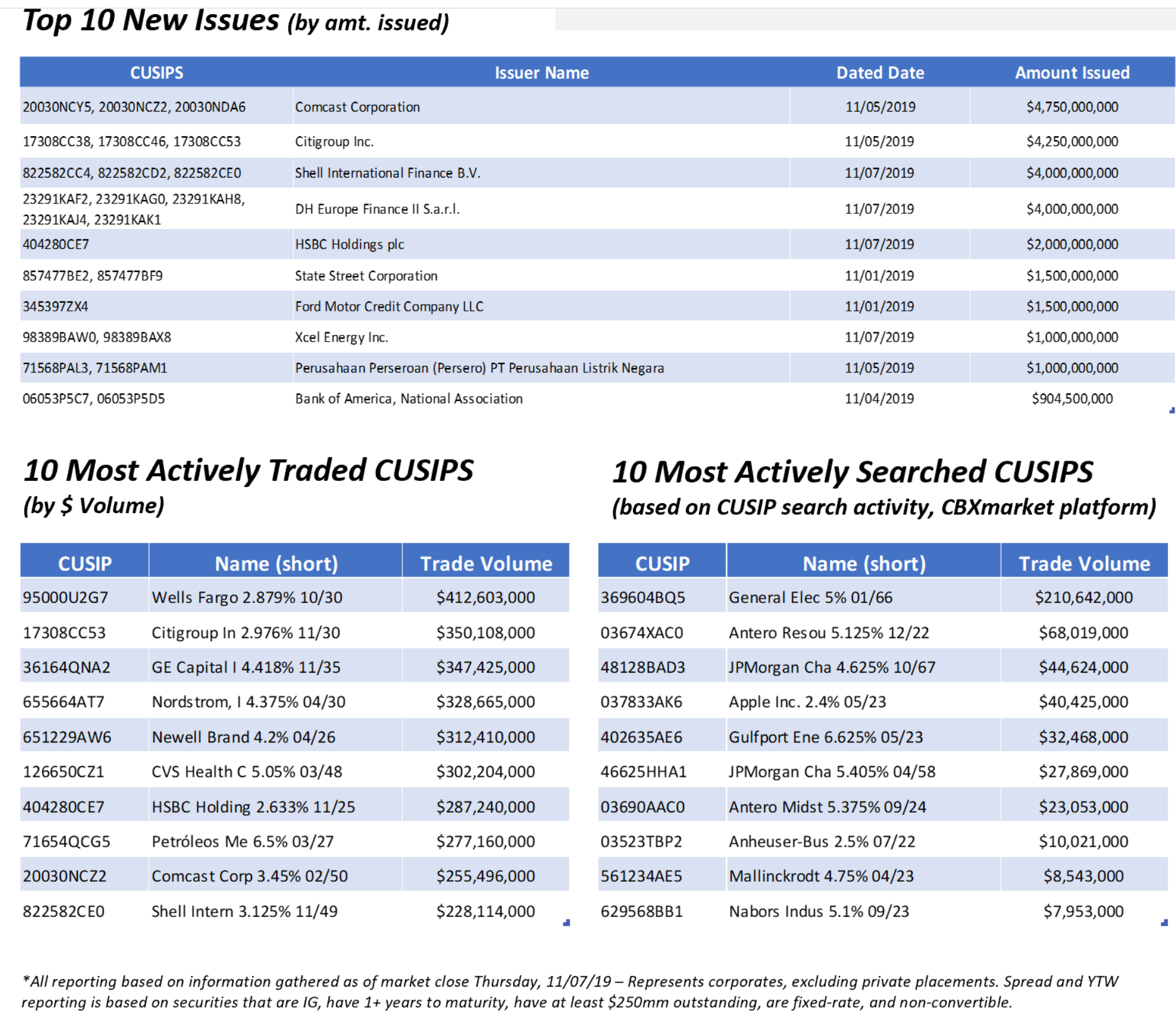 Bond markets are closed today given the Veterans Day holiday in the US, but equities still traded, and stock markets did not respond well to news of that the trade truce might not be a done deal. Stocks fell amid news that the world’s two largest economies are struggling to finalize Phase One, and the USD declined as a result. Suffering stocks also led the oil market to stall, but Oman’s oil minister reassured markets that OPEC+ cuts are not in the works, according to Bloomberg.

This reintroduces some uncertainty amidst all the optimism. Even though there’s been global lift from summer slumps, the markets are still facing historically unprecedented levels of weakness, according to The Wall Street Journal. More than $12.5tn in global debt has subzero yields, and “retirement money is under pressure to add risk to the portfolio after decades of declining interest rates have siphoned returns from traditionally bond-heavy portfolios,” the publication reported.

The plunging bond yields over the year led some pension fund managers to hunt for yield in risk assets, including real estate, private markets, infrastructure financing and direct lending. Some have turned to volatile emerging markets, even purchasing 100-year Argentine bonds that were issued in 2017.

Investors are planning for a short-term environment where rates remain steady through 2020, as market players largely expect the Fed to keep rates at current levels for the next year. The agency has continued executing repurchase agreements to bolster money markets with the hope of ensuring that the liquidity injections will be enough for short-term borrowing rates to be “well-behaved.”  The Fed added more than $350bn last week alone.

Fed officials have been highlighting the need for central banks to consider climate change risks when assessing economic outlooks, though advocating for specific approaches is beyond the Fed’s mandate. This becomes relevant as President Trump withdraws from the Paris Climate Accords, bringing into focus the geopolitical intersection of key issues once again.

In the week ahead, the House Intelligence Committee holds public impeachment hearings. Sure to dominate media headlines, the hearings will likely capture investor attention as market players assess whether domestic political risks will impact their market outlooks. 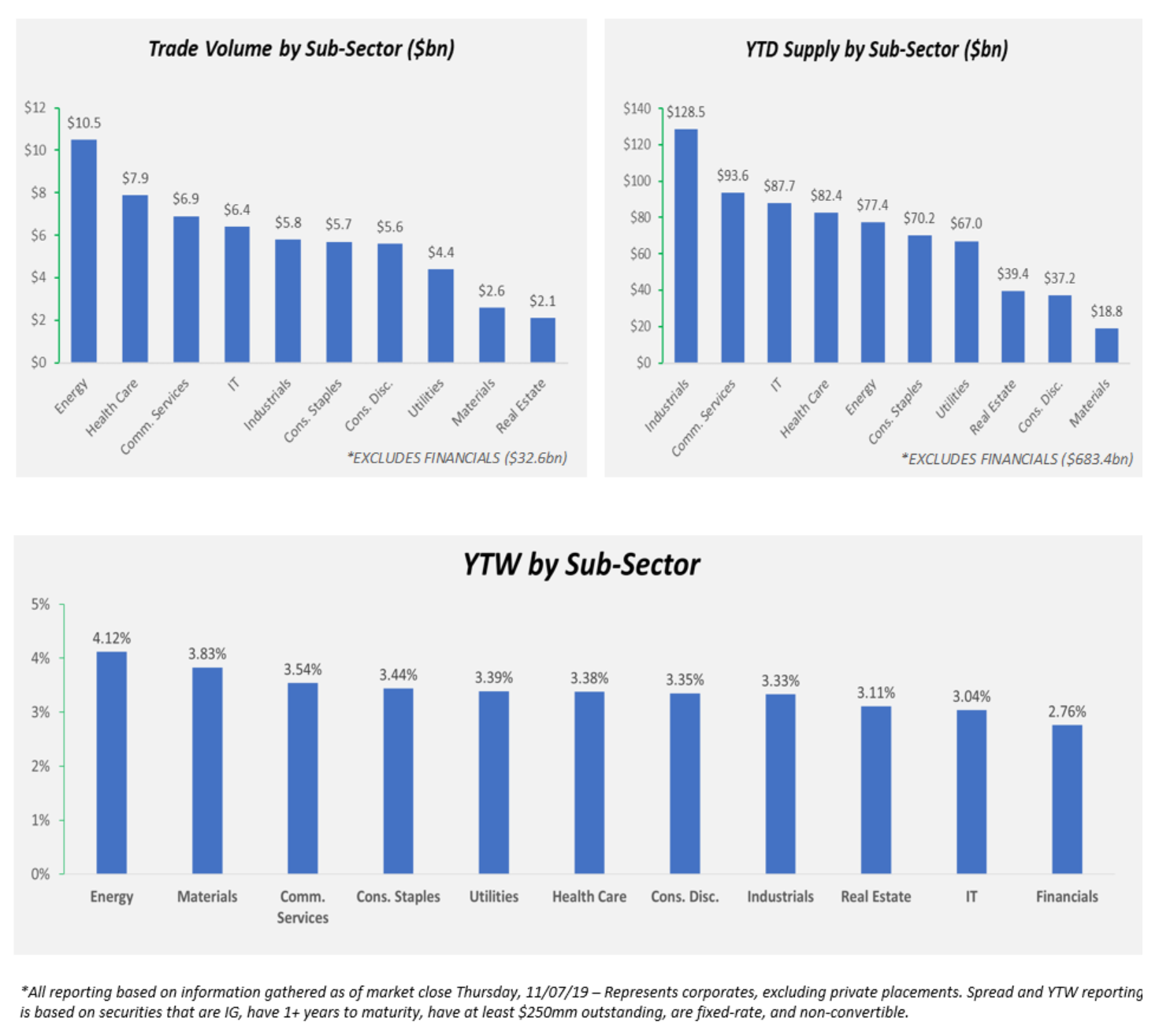