This month, the biggest risk factors to the global economy—namely, US-China trade talks, Brexit negotiations and the Fed’s upcoming monetary policy meeting—have remained at the forefront of investor consciousness.

Over the past week, investors closely monitored 3Q19 earnings results for indicators of economic health, while The Wall Street Journal noted that overall modest movements were being driven by larger swings in companies’ shares. In fact, the S&P 500 closed at record levels on Friday due to consumer sentiment and trade optimism, surpassing highs seen in July.

Commodities also saw recovery: oil rose for the fourth consecutive trading session to five-week highs, and OPEC officials said that extended supply curves could offset weakened demand outlook in 2020. Gold also picked up on Friday as the USD rose after the US Trade Representative’s Office said that delegates were making “headway on specific issues” in the US-China trade negotiations. International news wires have widely reported that the world’s two largest economies will officially pen “Phase One” of a comprehensive agreement at next month’s APEC Summit in Chile.

Still, PIMCO Group CIO Dan Ivascyn says that the trade war remains one of the gravest threats to the global economy. Despite Ivascyn’s skepticism about the dueling duo inking a deal, a new UBS survey released Friday—which recorded responses from 5,000 investors managing a minimum of $1m AUM across 18 countries—found that investors are cautiously optimistic amid geopolitical uncertainty. In fact, 38% of US investors were optimistic about the global economy compared to 53% of global investors.

While global investor sentiment leans towards a positive outlook, President Trump will have to field concerns beyond the geopolitical stage. On the domestic front, the race to the White House has been heating up, as tensions boil within both parties and Wall Street becomes increasingly wary of Democratic frontrunner Elizabeth Warren.

Trump told reporters on Friday that if he were removed from office, the country would experience severe economic downturn in the form of a “recession-depression, the likes of which this country hasn’t seen.” While recent figures indicate that the federal deficit has risen to its highest level in 7 years, increasing 26% to $984bn, Trump’s trade war efforts are reportedly paying off: revenues from tariffs have risen 70% YoY, totaling $71bn. 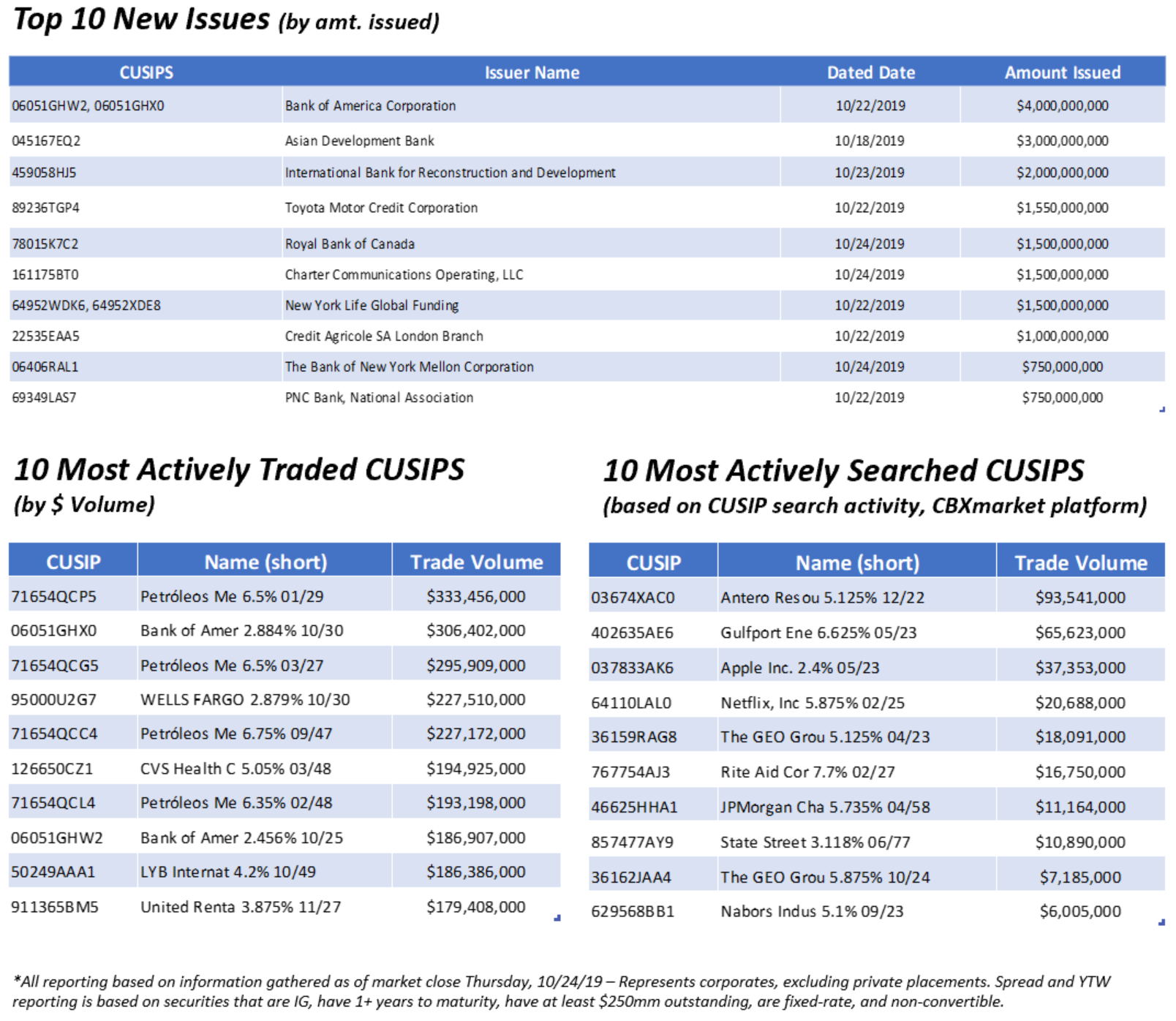 Trump is not the only polarizing figure aiming to negotiate deals amid staunch partisanship. As the October 31 Brexit deadline loomed closer, British Prime Minister Boris Johnson requested a deadline delay, which the EU informally approved today. The three-month delay—the third Brexit extension—will push the new withdrawal date to January 31, although European Council President Donald Tusk has said this “flextension” agreement would permit an early UK exit. Reports indicate that Johnson will use the lead time to call a general election and try to return a majority to Parliament, thus enabling him to enact his agenda without similar deadlocks.

In the week ahead, investors are preparing for the Fed’s monetary policy meeting October 30-31, where officials are expected to implement another quarter-point cut to interest rates. While the slash to rates has already been priced in, analysts and economists will be anticipating the agency’s outlook on its continued repo operation and plans for whether to continue injecting 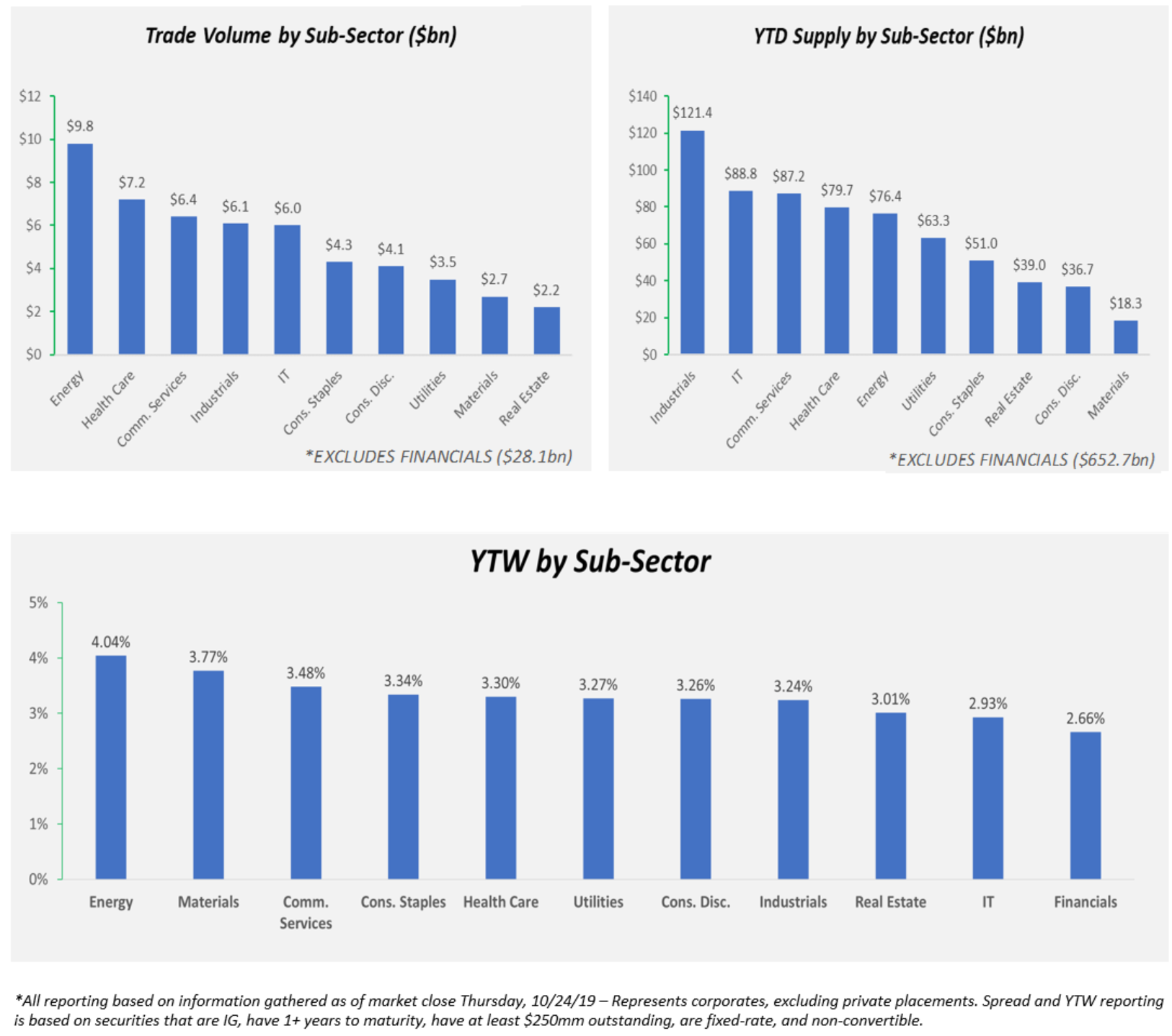